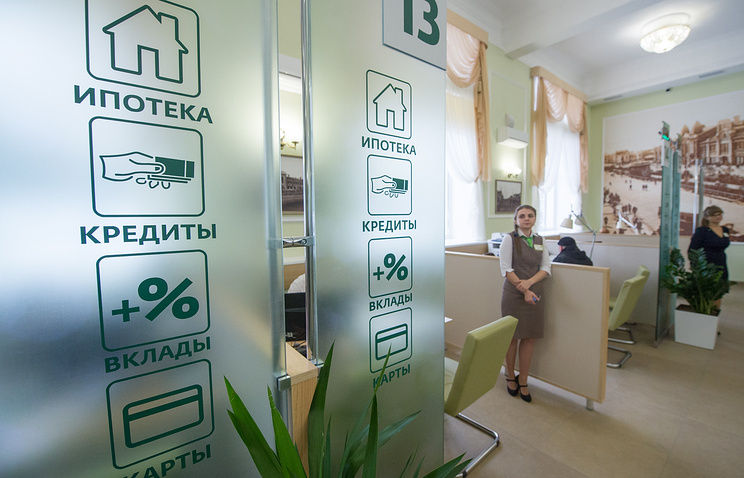 By the end of 2017 average mortgage rate is less than 10% per annum, said the head of Sberbank German Gref on the sidelines of the Eastern economic forum.

The result of the rate reduction analysts say. For example, in the study of rating Agency “Expert RA” it is said that in the first half of 2017, banks issued 423,5 thousand mortgage loans for a total amount of 773 billion rubles, updating the maximum pre-crisis first half of 2014. The number of loans increased by 16% compared to the same period last year.

“Expert RA” predicts that in the second half of the year to take out a mortgage will be more active, the volume of loans will amount to about 1.9–2 trillion rubles, will be worth a third more than in 2016.

Rate as a demand driver

Low mortgage rates — the main factor of growth of the mortgage market and the argument in favor of the purchase of housing for the Russians, experts say.

Leaders in the growth rate of mortgage lending among state banks — VTB and Sberbank — are offering rates lower than the market average. Now loan for purchase of ready housing can be issued at the rate of 9.5 per cent, for new buildings — by 9.7%, told TASS Director of mortgage lending at VTB24 Andrei Osipov. Since the beginning of the year after the reduction in rates, the demand for mortgage loans increased by a quarter, he said.

Sberbank announced that in August mortgage rates to purchase housing in the new building will amount to 7.4–10%, on secondary market — 8,9–10%. Amount of mortgage loans in the first seven months of this year, when rates were reduced repeatedly exceeded the same indicator of last year by 24%.

Record the decrease in interest on mortgage programs is directly related to the decline in the CBR key rate, which now stands at 9%, said in an interview with TASS the head of affiliate sales, mortgages and grants FGC “Leader” Paul said.

Programme of subsidies of the mortgage from the developer, interest rates could reach between 6.7 and 7.4% per annum for the entire loan term, says Tymoshenko.

A mortgage is a demand driver, particularly for housing standard and comfort class, he says. The developers see that the reduction of interest on loans increases the number of buyers, mortgage holders. “The share of mortgage deals in the sales of the company FGC “Leader” in August was 71%, while there is a separate residential complexes, where this figure reaches 80%, the expert said. — And in the beginning of the year the average number of transactions involving mortgage loan, was approximately 60%”.

The initial fee is reduced

An important reason for the growth in the number of mortgage transactions was the reduction of the size of the down payment. So, this year, the initial payment on the “primary” has been reduced from 20% to 15%, told TASS the head of the marketing Department of the mortgage Bank “DeltaCredit” Alex Tartyshov.

“The level of incomes of the population decreasing, in this situation, banks carefully analyze potential borrowers and approve loans only to those who are on time and in full can make monthly payments on the mortgage”, — explained TASS partner development company “Khimki Groups” Dmitry Kurowski.

But there are categories of the population, requirements that the issuance of housing loans was mitigated. “Lenders have become more loyal to the buyers approaching retirement age and foreign citizens”, — told TASS managing partner of “Metrium Groups” Maria Litinetskaya.

Elderly people, the banks are offered a program with a maximum repayment period until they reach the age of 75. Although previously the age limit was 65 years.

Also, more and more banks are willing to lend to customers who are citizens of other countries. “However, in most cases they are still more stringent underwriting (analysis of solvency of the borrower — approx. TASS) when considering the application,” says Litinetskaya. For example, increase the minimum allowable experience at the place of work up to 2-3 years against periods ranging from six months to a year for Russian citizens. But the high competition in the banking sector leading to liberalization of the conditions for granting loans to non-residents, which encourages them to buy homes.

The refinancing reduces the payment

The prospect is to reduce a mortgage payment, taking advantage of the possibility of refinancing, also increases the demand of the Russians on the mortgage.

“Borrowers who previously issued loans from other banks at higher rates, began to seek refinancing so as Raiffeisenbank provides them with the opportunity to obtain a rate of 10.5% per annum,” — said TASS head of mass market and credit products Raiffeisenbank Andrey Morozov. This is significantly below the conditions that they had previously issued loans, the expert said.

One of the catalysts of growth of the mortgage steel and relatively affordable housing prices, said Dmitry Kurowski.

“Today in the Moscow region you can buy a Studio for less than 1 million rubles, he provided as an example. I can’t remember a time when real estate prices were at this level”.

Prices for apartments in the secondary market and in new buildings practically do not grow, and in some regions and districts, even in the fall, told TASS Director of the Department of mortgage lending SMP Bank Natalia konyahina. “The choice of housing options very wide and there is a possibility to find an apartment to suit every taste and wallet,” she added. As a result, customers who previously considered for a mortgage as a solution for the future, decided to buy an apartment in the near future, he said.

“The buyer is from what to choose, confirms Gennady Sternik. — Despite the fact that housing construction continues to decline, the amount of unsold deals is tremendous.”

Instability in the banking sector is another factor that stimulates people to buy houses, says Dmitry Kurowski. “A series of bankruptcies and withdrawals from the banks have reduced the level of confidence in financial institutions by the population, he says. — In addition, over the past year in connection with the change of the size of the key rate of the Central Bank the profitability of Bank deposits greatly reduced”.

In the end, the people who have cash savings, don’t save more than the purchase of real estate. However, the hands don’t have the full amount, so they apply for a mortgage loan.

Bankers look to the future with optimism

Representatives of the banking sector believe that the availability of mortgages will increase, but rates decline.

George Ter-Aristakesyan of VTB expects that by year-end “delivery of a mortgage will grow by about a quarter compared to last year.” These figures are comparable to a record year in 2014, he recalled.

Andrey Osipov from VTB24 predicts an increase in mortgage lending for the year by approximately 23%. “In the future, the market will continue to grow at 10-15% per year, he believes. — Rates will decline, but not as rapidly. In the coming months, the average rate in the mortgage market will fall below 10%”.

The Agency for housing mortgage lending (AHML) builds a long-term forecast and expects by 2023, the average rate on mortgage loans at 7%.

However, there is another point of view. “Real incomes are declining for the third consecutive year that suppresses the growth of the number of mortgage transactions, even at a declining rate,” — said Maria Litinetskaya. This is evident, for example, decrease in the volume of funds attracted in the market of share building. According to Rosstat, in the first half of 2017 this amount is equivalent to 106 billion — the lowest figure since the beginning of 2014.