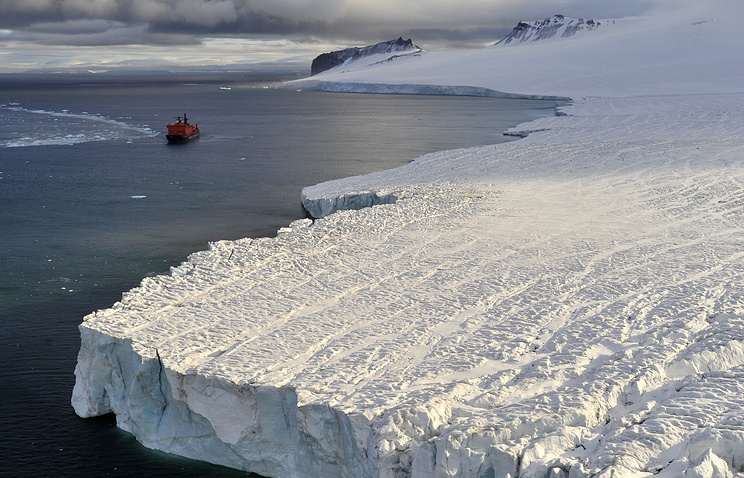 MOSCOW, September 7. /TASS/. The government will allocate about 23,8 billion rubles subroutine for creation of equipment and technologies for oil and gas and industrial engineering for development of mineral resources of the Arctic zone of the Russian Federation. This is stated in a government decree published Thursday on the website of the Cabinet.

The subprogramme is planned in the 2021-2025 years under the state program of socio-economic development of the Arctic zone. The responsible executor of the program assigned to the Ministry of industry and trade of the Russian Federation. It is aimed at creating competitive systems and equipment for exploration, mining and processing minerals in the Arctic (including Arctic offshore) aimed at the development of markets for advanced, innovative products, effectively solves the problem of energy and economic security, and to ensure technological independence of the Russian Federation.

The objectives of the sub-programme includes the creation of polygons sharing test new models of oil and gas and industrial equipment and bringing Russian standards for extractive equipment in conformity with the world, the formation of a complex of measures of state support of domestic producers of technological systems and equipment for the development of mineral resources of the Arctic zone of the Russian Federation.

As a result of implementation of the subprogramme is expected to create new types of innovative products and infrastructure, organization of production of competitive high-tech products for the needs of geological exploration, extraction and processing of mineral raw materials in the Arctic zone of the Russian Federation, development of standards and requirements in the industry, conforming to international standards.

“The use of national standards and ensuring the uniformity of measurements in the oil and gas and mining engineering of Russia will contribute to GDP growth by 1-2 percent annually,” the document reads. After the implementation of the subprogramme is also expected to increase sales of the unique Russian technological systems and equipment of oil and gas and industrial machinery in the domestic and foreign markets, as well as a significant reduction of the technological gap from the world level of Russian products, the increase in the number of jobs in the engineering industry, reducing the outflow of scientific and technical personnel and increased demand for highly qualified scientific and technical personnel, more active involvement of young specialists and scientists.

As reported earlier, Prime Minister Dmitry Medvedev, a just Russia plans to spend on socio – economic development of the Arctic, about 160 billion rubles until 2025.