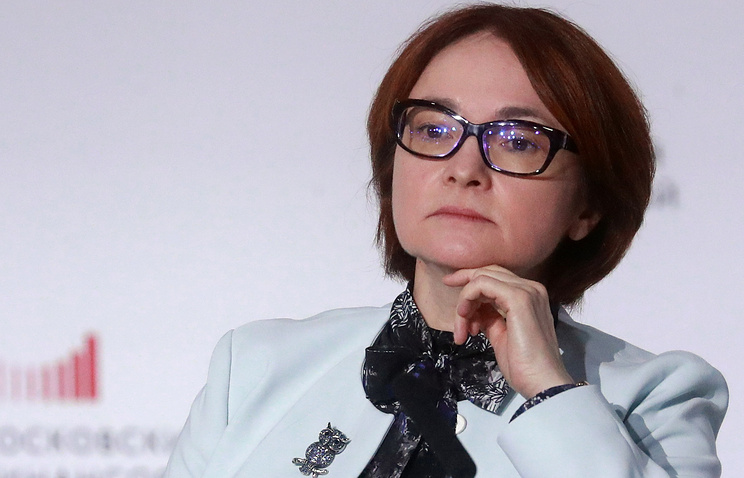 MOSCOW, September 8. /TASS/. Cryptocurrency will not be allowed on the Russian market as money substitutes, said the head of the Central Bank Elvira Nabiullina at the Moscow financial forum.

Central Bank and the Treasury are developing proposals for their legalization in Russia. The head of the Duma Committee on financial market Anatoly Aksakov reported TASS that the concept of the draft law on circulation of cryptocurrency will be prepared this fall.

Nabiullina called the public hype around the topic of cryptocurrencies and their mining “gold fever”.

“Take these cryptocurrencies for a long time we saw them very little growth, and now we see something like a “gold rush”, she said, noting that interest in the technology due to the possibility of a “light and easy” income.

Among the risks of using cryptocurrency Nabiullina called them anonymity and the ability to use them with the purpose of money laundering and financing of terrorism.

In early September, the Central Bank announced that it was premature admission of cryptocurrencies, as well as any financial instruments denominated or linked to cryptocurrencies, to circulation and use on the exchange market in Russia.

The Central Bank also drew the attention of citizens and financial market participants to the increased risk of using and investing in cryptocurrency.

The message of the regulator noted that operations with cryptocurrencies carry the highest risks in both the conduct of exchange operations, including from-for sharp fluctuations of the exchange rate, and in the case of financing through the ICO (Initial Coin Offering – form of investment of citizens in the form of issue and sale to the investors of the new crypto currency/token).

Most of the operations with cryptocurrency is outside legal regulation of the Russian Federation, crypto-currencies are not guaranteed and are not provided by the Bank of Russia reminded the regulator.