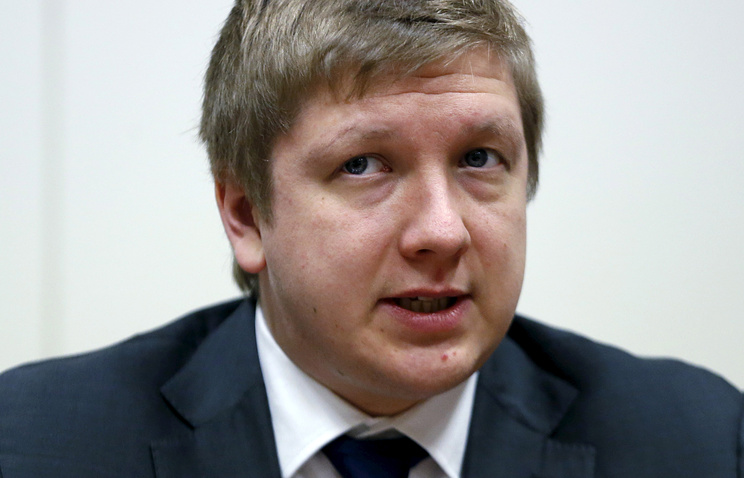 KIEV, September 8. /TASS/. Ukrainian state company for extraction, transportation and processing of oil and natural gas “Naftogaz of Ukraine” and Russian Corporation “Gazprom” failed to reach a compromise during negotiations on the amount of claims on the claim in the Stockholm arbitration. On Friday Chairman of the Board NAK “Naftogaz of Ukraine” Andrey Kobelev in an interview to “5 channel”.

“The results of the negotiations with Gazprom go to arbitration. We have not made the progress they expected the Tribunal” – said Kobolyev.

The dispute between Gazprom and Naftogaz in the Arbitration Institute of the Stockholm chamber of Commerce (Stockholm arbitration) began in 2014. Company suing over contracts for the supply of gas and its transit through the territory of Ukraine since 2009. Hearings under the claim “Gazprom” was concluded in December 2016.

The requirement “Gazprom” to “Naftogaz” amounted to more than $37 billion This amount includes the payment of debt for gas supplied in may and June 2014, payments on the obligation “take or pay” for 2012-2016, as well as a penalty for late payment.

31 may the Stockholm arbitration court handed down the first decision under the claim “Gazprom” to “Naftogaz”, which rejected the main claims of the Russian company and was named the principle of “take or pay” is unfair. 30 June it became known that the Stockholm arbitration has offered to “Gazprom” and “Naftogaz of Ukraine” to agree on the amount of claims on claim of the Russian company. If the parties cannot come to an agreement, it is expected that the court will determine the amount yourself.