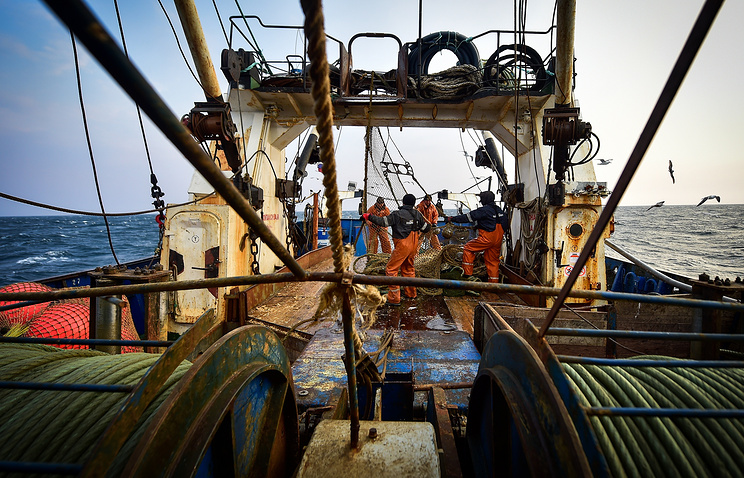 MOSCOW, September 14. /TASS/. A ban on commercial fishing of Baikal omul can be introduced within a month, when the Ministry of justice shall register the order. This was reported in an interview with TASS the head of Rosrybolovstvo Ilya Shestakov.

“The ban will be introduced soon. Such changes in fishing rules for Baikal basin we made, now waiting for the registration of the corresponding order of the Ministry of agriculture, the Ministry of justice. Them provides for a ban on commercial fishing. I think that the document will be registered in the coming months,” he said.

For the first time in many years, the biomass of whitefish has decreased in 2008 to below 20 kt, but by the end of 2015 – up to 10 thousand tons the Dynamics of population decline has been described as a crisis with the risk of extinct in a few years. The reasons for this situation scientists call the overall environmental situation, set the low water level in the basin of lake Baikal observed first year drought and poaching. The only time in history ban of commercial catch of Baikal omul operated from 1969 to 1982: the first six years there was a complete ban, in the next seven years the fish were caught for scientific exploration and experiment.

In this regard, the Agency has developed a program for the conservation of omul in the lake and influent rivers. It provides for a ban on the production of this fish in the lake for a period of three years. In June 2017, the head of Rosrybolovstvo Ilya Shestakov said that the ban is planned to introduce in 2018.

The full interview is available on the website TASS.