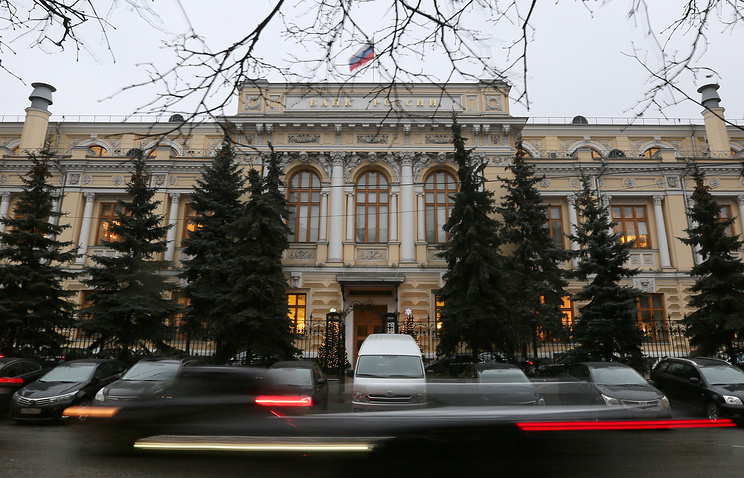 MOSCOW, September 14. /TASS/. The Bank of Russia practically with absolute probability will lower its key interest rate at its meeting on 15 September, according to respondents TASS experts. According to analysts, the issue at the upcoming meeting is only in the degree of reduction increased by 25 or 50 basis points from the current 9% per annum. The confidence of economists in the willingness of the Central Bank to reduce the rate confirmed by the words of the head of the regulator Elvira Nabiullina, who on 7 September stated that the Central Bank sees room for rate cuts and, most likely, the discussion will be between a reduction in the rate by 0.25 or 0.5 percentage points.

In addition, the slowdown in inflation in August to 3.3% from 3.9% in July, it will be considered by Bank of Russia at the rate decision on Friday. At the beginning of the first autumn month inflation slowed even more – in annual terms by 11 September, inflation was about 3.2%. According to the Minister of economic development of Russia Maxim Oreshkin, this is a signal for further rate cuts by the Central Bank to keep inflation at a level close to the target of 4%.

Experts agree with the Minister and also believe inflation is the main argument in favor of lowering the key rate. “We expect that on Friday, the Board of Directors of the Bank of Russia decided to reduce the key rate by 50 b.p. A significant slowdown in monthly inflation in August and a steady trend towards strengthening of the ruble under the influence of the demand of foreign investors in OFZs, are sufficient to reduce the rate by 50 b.p.”, – says the senior strategist FX & interest rates Sberbank CIB Tom Levinson.

The most significant factor for CB is now a record slowdown in inflation, experts say. In August, against the cheapening of fruits and vegetables new crop, annual inflation slowed down to 3.3%, down 0.7 percentage point below the inflation target of the Central Bank at the end of the year. In addition, month-on-month in August was recorded deflation at 0.5% – a record figure since 2003.

In such circumstances, at Friday’s meeting of the Bank of Russia will be forced to lower the rate, said the head of Department on work with wealthy clients of IC “Zerich capital Management” Andrey Khokhrin. “The more that his previous decision was to preserve rates at 9% per annum. The reality however is such that inflation in August to 3.3%, the annual inflation forecast to 4% rate on the OFZ is 7.5%. The money fell significantly. And the rate of the Bank of Russia at its current level ceases to play a regulatory role. In addition, high interest rates by the Central Bank is the reduction of liquidity in the economy, that is, the deceleration of credit and the economic growth”, – the expert believes.

In addition, inflation expectations that the Bank of Russia also drew attention, declined in August to a record high of 9.5%. “By the end of the year prices may be equal to 3.3-3.4 per cent, contributing to a further decline in inflation expectations. It will improve the prospects for 2018, contributing to easier achievement of the annual average inflation of 4%. Therefore, as we pointed out yesterday in his report to the meeting of the Central Bank on Friday are more likely to reduce rates by 50 b.p.”, – adds chief economist for Russia and CIS ING Bank Dmitry Polevoy.

Intrigue in the magnitude of the reduction

The expected decrease of the key rate on September 15, however, does it support session less interesting for the market. The whole affair is to step lower. On the one hand record-low inflation indicates the need for easing monetary policy to keep inflation close to the target level of 4%. On the other hand, the Central Bank may choose a more cautious trajectory of decline rates to see inflation in the rest of the year, and leave yourself room to maneuver in the beginning of 2018. The consensus forecast from 39 analysts surveyed by Bloomberg, almost unanimously indicates a reduction in the rate of September 15 to 8.5%. Only six of the 39 economists believe that the Central Bank will act cautiously and will reduce the key rate by 25 b.p.

Analysts of the company “Alfa-Capital” expect to reduce the key rate by 50 b.p. said the Director for analysis of financial markets and macroeconomics of the company Vladimir Bragin. “My colleagues and I tend to 0.5 p. p. But I have some doubts, I understand that the probability is not 100%. Though, most likely, and it will be so, – says the expert. – I think that the Central Bank may be cautious because the last couple of meetings, he bet not reduced, therefore, to make a sudden movement after a pause he can just to be careful. In addition, the slowdown of inflation is a manifestation of the seasonality this year, and can play the argument that the Central Bank will want to see how far will this seasonality will not be any refund on the price level, say, to the original levels, which will lead to an acceleration of monthly inflation compared to the previous year. The baseline scenario and 0.5 p. p., but I leave open the possibility that the Central Bank will be more careful.”

Economists of “Renaissance Capital” Bank of America Merrill Lynch, ING, Sberbank CIB and “VTB Capital” also waiting for lower rates by 50 b.p. However, according to experts IK “Zerich capital Management”, the regulator has repeatedly shown that it is not ready for dramatic changes in rates. “These changes in the key rate and it was enough since the end of 2014 and the first half of 2016, when the interbank and money markets demanded action by the monetary authorities. So, I think the reduction will be 0.25 percentage points And the Central Bank will announce that it will continue to closely monitor inflation and influence monetary policy has on economic growth and domestic demand. We have mediated reported that ahead of the next decrease by another 0.25 percentage points,” explains Khokhrin of IR “Zerich capital Management”.

Waiting until the end of the year

Until the end of 2017, the Central Bank, in addition to upcoming, will hold two more meetings of the Board of Directors on monetary policy: in October and December. According to economists, even at lower rates by 50 b.p. on Friday, the Central Bank will remain, as a minimum, the margin decline of 25bps.p. until the end of the year. While some experts expect the rate cut to 8%. This opinion, for example, holds chief economist for Russia and CIS BofA Merrill Lynch Vladimir Osakovsky. “Minus 50 bps.p. we are waiting at the meeting on 15 September due to a sharp deceleration of inflation and improved inflation expectations. Until the end of the year, expect another 50 bps.p. that is, reducing the key rate to 8%,” he says.

However, all will depend on the dynamics of inflation in October – December, experts say. Therefore, many analysts are betting on the end of the year in the range of 8-8. 25 percent. This range tends Bragin from the UK “Alka-Capital”. In his opinion, the regulator it would be wiser to act a little more cautiously and leave the possibility for a rate cut next year, and not to transfer monetary policy to a normal state immediately after the slowing of inflation.

“Central Bank in terms of inflation more careful, he does not have a rule that if inflation fell, not necessarily immediately followed by a rate cut. In this case, the controller acts quite carefully, consistently and in no hurry to normalize monetary policy as soon as inflation was near its target value. Second, perhaps next year, the Central Bank will leave some space for maneuver. Still, there is and election year, and you still need to understand that it is right to give all the stimulus the economy is also wrong,” – said Bragin.

Decisions of the Central Bank at a rate in October and December will depend on the dynamics of inflation in September-October, adds the analyst of “URALSIB capital” Irina Lebedeva. “It is possible that there will be another reduction by 25 b.p. but this optimistic scenario. We don’t know how long this factor of slowing inflation. Maybe there was a strong failure of inflation in August, which is very fast played. Conventionally, all the harvest is ripe in one day, in one day sold, and then the price rose. Perhaps lowering the rate in September will be the last this year if prices quickly recover. If not, then perhaps another decline of 25 bps.p. but no more”, – says the analyst.