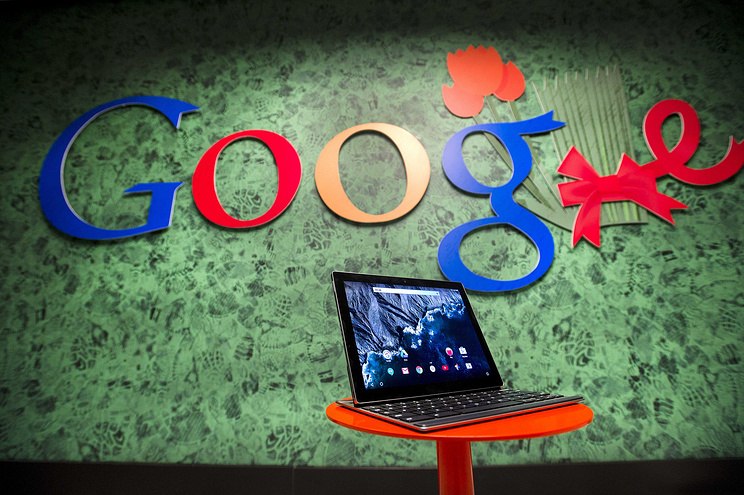 Exactly 20 years ago, on 15 September 1997, programmers, Larry page and Sergey Brin registered the domain google.com for they created Google search engine. Thus began the history of one of the most important IT companies in the history of mankind. TASS tells how Google has become an integral part of our lives and how it has changed.

Google has changed our attitude to the search engines

Today’s launch window Google is the most visited site on the Internet. But it was not always so — at the turn of the 1990s and 2000s dominated the search engines Yahoo, Microsoft, AltaVista and Excite. Why don’t they “shot”?

Search engines at that time was a sad sight: these were sites with a huge amount of visual garbage which distracts the user directly from the search process. The idea was to make user longer “hang” on the website, thereby increasing traffic. Page and Brin decided to go the other way — to focus solely on finding information. For this Google’s start page (at first it was quite a stupid name BackRub, eng. “back massage”) is made as concise as possible, leaving behind a single search box and a logo on a white background. Now the value of this simple action is difficult to realize, but while the effect was enormous: thousands of Internet users began to switch to Google just because it was the most user-friendly (i.e., convenient, user-oriented) search engine on the market.

Google not only survived, but returned to the investors trust in the market IT. August 18, 2004 during primary floatation of shares (IPO) on the NASDAQ, Google raised $1.67 billion — a sum at that time unprecedented. The market capitalization of a startup made over $23 billion, the Vast majority of the 271 million shares remained under Google’s control, and many employees instantly became millionaires — the owners of the securities. Shares in the initial public offering (IPO) was trading at $85 apiece. Now one share is worth almost $950.

The success of Google has shown investors that startups in the market IT can generate a lot of money and motivated to invest in such firms. That is why the capitalization of Facebook, for example, is now $500 billion, And even these stranded projects, like Twitter or Snapchat, there are tens of billions of dollars. However, before the “king” of the IT market it is still far — capitalization of the holding company Google Inc, which includes Google and its subsidiaries, estimated at $649,49 billion.

Google has influenced the development of innovation

Larry page and Sergey Brin is now customary to put on a par with such stars of the IT industry, like Steve jobs and Elon Musk. Everything they create (or have created) a breakthrough technology, leading modern counterparts for several years to come. Brin heads created in 2010, Google X is a subsidiary of the company that develops avtopilotiruemy cars, augmented reality glasses Glass and other innovative products. In Google they are called moonshots (eng. “to the moon”). In 2016 these projects at Google X, like Nest (smart thermostat), Fiber (high speed Internet) and Verily (the company engaged in “smart” medicine) brought Alphabet $808 million, However, this is still not enough to cover the expenses incurred by the company because of its ambitious projects.

The invention — is not enough. Tesla invented electric power that we use, but he could not bring it to the people. Need to combine two things: invention and innovation, and a company that can commercialize things and give them to people

According to CNN, last year’s loss of moonshots projects amounted to $3.6 billion because Of this, the company began to abandon some bad experience: was an abandoned Project Ara (modular phone), Project Loon (Internet sharing by means of balloons), as well as developing its own unmanned car. Instead, Google intends to improve the system of artificial intelligence, which will be set in self-driving cars already existing brands.

However, even those projects which did not justify itself, may soon get a second life. For example, augmented reality glasses Google Glass — the brainchild of Brin — failed to win General consumers, but is now being actively implemented in production, medicine and engineering. Estimated marketing company Forrester Research, by 2025, approximately 14.4 million workers in factories in the United States will wear “smart” glasses.

Google got into our phones and computers, and now knows everything about us

About 82% of the people on the Internet use Google as a search engine, 85% — the share of Android in the mobile OS market. Whatever device you may use, you will not be able to avoid products Google, and it has both pluses and minuses. On the one hand, logged in once on Gmail, you get access to all products, and it is comfortable. On the other hand, Google, like social networks such as Facebook collects about us too much information, making our lives vulnerable.

Google receives money from advertisers and provides them with information of literally every your clique. Simply put, if you drive in search of the word “refrigerator”, then you will haunt advertising refrigerators. Tracking Google Analytics is installed on over 10 million sites, so you don’t even need to Google to be under the hood. But it still half-troubles. Every time you write an email in Gmail, watch videos on YouTube or search for something in Google Maps, all your activity is monitored in Google. The magnitude of such “surveillance” remain unknown.

Google has changed our language and thinking

When we want to find something on the Internet, we think “it must be proguglit”, not “preindexing or bingot”. In this respect Google has become an integral part of our vocabulary. The company even fears that the verb “to Google” may cease to be associated by Google, as happened with the words “Xerox”, “Polaroid” or “diaper”.

The impact of Google on our thinking even deeper than it seems. According to the study, “Your brain and Google” Professor University of California, Los Angeles Gary small, the locator activates parts of the brain responsible for decision-making, complex thinking and vision. Those study participants, who often used the search engine showed two times higher brain activity than those who rarely goes on the Internet.

Another study conducted at Yale University, proved that frequent use of Google gives people the impression that they are smarter than you really are. Scientists at Columbia University found that we often use Google for “outsourcing” our own memory — if it can be easy to find in the Internet, our brain prefers not to remember. Probably partly why we can’t imagine our life without Google.