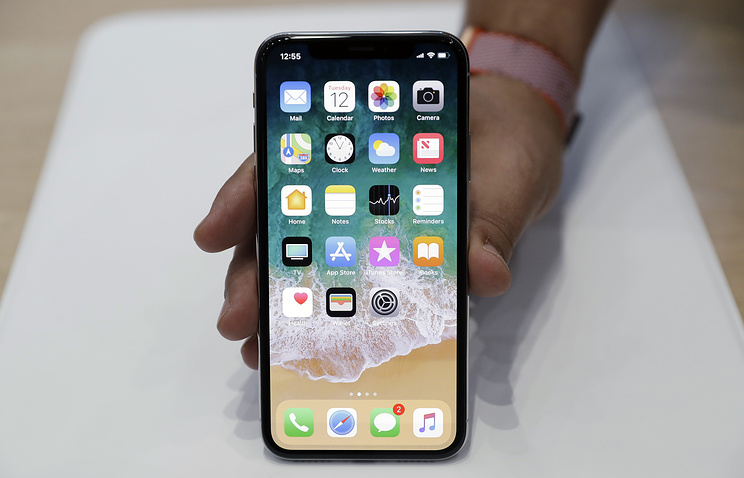 IPhone X is manufactured in housings of silver color and color space gray in 64 GB and 256 GB at a price ranging from $999. Orders will be accepted from October 27, and its delivery and sale in stores will start on 3 November.

The product has a frameless OLED screen, which entirely occupies the entire front part of the smartphone. New and improved camera (12 megapixels) gives a picture of such clarity that, for example, in the eyes of man can see image of the photographer. The camera allows you to create animated characters, Emoji, reproducing the facial expressions of the owner.

The smartphone is equipped with a sensor of the 3D facial scan to unlock the device – Face ID. This requires not more than a couple of seconds, allowing the user to unlock the device and enter the menu without delay. Thanks to the infrared sensor face detection will work in the dark. Face ID can be used to make purchases.

The battery in the device to work without recharging for two hours longer than the iPhone 7. The company also introduced a wireless device Air Power, capable of charging several gadgets at the same time.

X iPhone lacked a physical Home button. In the last model, the iPhone 7 Plus was not the physical “home” button, which is touch.

The development of a premium smartphone has become an expected surprise to the critical date – this year Apple celebrates 10 years of receipt of the first iPhone on sale. The presentation was held for the first time in the theater, named in honor of company founder Steve jobs (1955-2011). The hall is located on the territory of the newly opened Park campus of Apple in Cupertino.