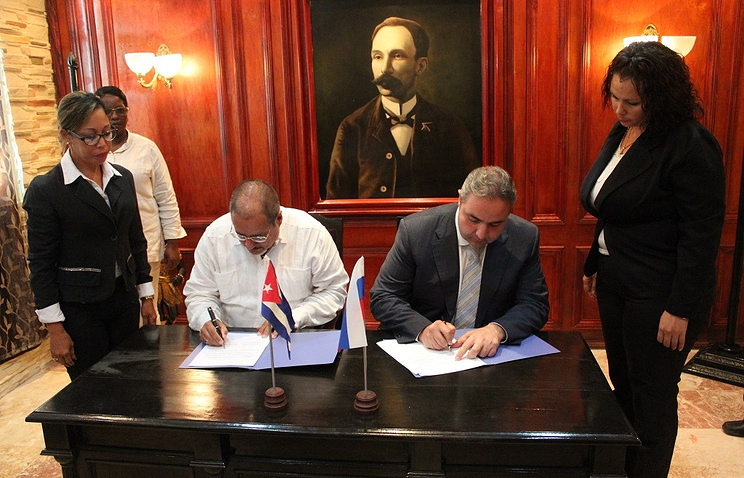 HAVANA, September 16. /Offset. TASS bekrenev Andrei/. Industrial cooperation between Russia and Cuba is actively developing in different directions. Told about it the correspondent of TASS, the Deputy Minister of industry and trade of the Russian Federation Georgy Kalamanov, reviewing the results on Friday in Havana meeting of the Russian-Cuban working group on cooperation in the field of industry.

This group was formed in the framework of the bilateral intergovernmental Commission on trade-economic and scientific-technical cooperation. The Russian delegation was headed by Mr. Kalamanov, the Cuban Deputy Minister of industry josé Alvarez Sandoval. During the visit to Cuba, Deputy head of the Ministry also held talks with Deputy Chairman of the Council of Ministers, Minister of economy and planning, Ricardo Cabrisas, by the Ministers of transport and industry, Adel Izquierdo rodríguez and Salvador Pardo Cruz.

“The last few years cooperation in the field of industry of Cuba is developing dynamically in a number of areas. So, in the field of transport engineering were signed major contracts, in particular the group “Sinara” in the amount of more than €170 million for the supply of locomotives and rolling stock” – said Kalamanov. According to him, in the near future can be reached a new agreement on the supply of railway equipment to Cuba company “Transmashholding” and RM rail, as well as a number of other organizations.

Actively developing Russian-Cuban projects in metallurgy, automotive industry and in the field of civil aviation. “KamAZ” signed a deal worth about €150 million on the delivery of its products and creation of service center. In addition, the interest in the supply of cars in Cuba show, AVTOVAZ and GAZ group. Recently it was also placed on the island quite a large number of Russian aircraft, both passenger and cargo,” – said the Deputy head of the Ministry of industry and trade.

At the meeting of Russian-Cuban working group, we discussed the promising areas of cooperation. “In the future we have potential projects in the field of chemical and light industry. Now being discussed is relevant to Cuba, the issue of modernization of textile and garment factories,” said Kalamanov. According to him, Russian companies could also take part in the modernization of power grids in Cuba.

The Deputy Minister stressed that at the present time there are no obstacles to the development of fruitful and mutually beneficial industrial cooperation between Cuba and Russia. “We have identified strategic areas of our cooperation. Now begins the period of implementation and selection of companies for participation in specific projects”, – said Kalamanov.

“Irma” cooperation is not a hindrance

The Deputy head of the Ministry expressed confidence that the consequences of the hurricane “Irma”, which struck Cuba at the end of last week and has caused serious damage to the island’s economy, will not lead to the slowing down of the implementation of joint projects in the field of industry. “According to the Cuban colleagues, the hurricane was the largest in recent years, however, they quickly cope with the consequences,” said Kalamanov.

The current working group meeting on industry was held in Havana in preparation for the meeting of the intergovernmental Commission, which will take place in Moscow on September 21. After the meeting Kalamanov and Sandoval signed the final Protocol, which recorded the parties ‘ intention to expand cooperation in specific areas.