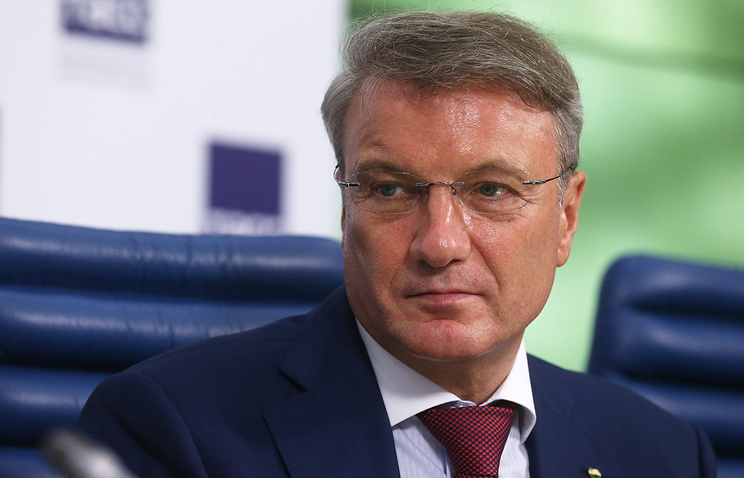 MOSCOW, September 18. /TASS/. The head of Sberbank German Gref believes that a weak ruble creates the potential for small business development. He said this, speaking at the Congress of all-Russian public organization of small and medium entrepreneurship “OPORA Russia”.

In a period of strong ruble entrepreneurs “it was cheaper to import than to produce,” he said.

“Very attractive conditions in Russia for small-business potential. Primarily this potential is that very much depreciated ruble. We are in the years of the strong ruble has ceased to believe in yourself, a small business developed mainly as a trade. Now the change in the exchange rate is very painful for all of us, is a time when very seriously you can increase production in small and medium business”, – said Gref.

He also urged the government not to “repeat the mistakes” and not to experiment with the deterioration of conditions for small business, and decide on radical steps to simplify life small business and “everyone for themselves to take responsibility for the increase in the share of small business in GDP at least twice”.

According to Gref, the obvious error was to increase social tax in 2012, with the result that Russia lost 1 million small businesses.

“I tried early to introduce a tax for small businesses with a “simplified tax system” tried to move the thresholds in the transition to the “simplified taxation.” In my opinion, we are now experienced enough not to repeat the mistakes,” – said the head of Sberbank.