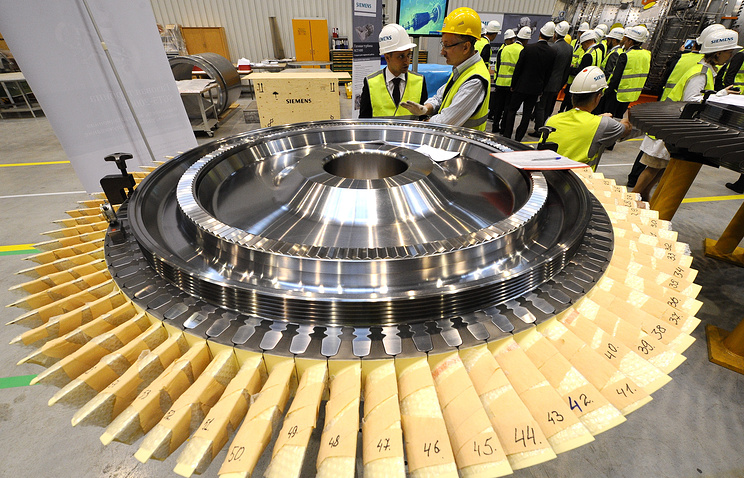 MOSCOW, September 18. /TASS/. The Moscow arbitration court has satisfied the petition of the joint venture Siemens and “Power machines” – “Siemens gas turbine technology” (STGT) – to join as a co-plaintiff in the case of a dispute the German of the group against two of Rostec – JSC and JSC “Technopromexport” , reports TASS from the courtroom.

A joint venture of the group and “Power machines” was originally stated as a Respondent, but Siemens explained that the claims relate only to “Technopromexport” and not SP. STGT representative said in court that the company fully supports the stated claim of the group claim.

A preliminary hearing on the lawsuit against Siemens AG and two of Rostec postponed to October 16. “The trial was appointed on 16 October,” the judge said.

Request by the representatives of JSC and JSC “Technopromexport” in connection with the consideration of the appeal court in another trial of the case on invalidation of the contract of delivery from 16 October 2015, which is also the subject of dispute in this trial. Siemens did not object to the approval of the application.

The judge noted that the grounds for adjournment of the proceedings is not available, but taking into account the views of the parties decided to postpone the meeting.

On Monday, the meeting began preliminary hearings on the lawsuit of Siemens AG to “Technopromexport” because of the situation with the supply of turbines for the Crimean TPP. During the meeting, representatives of the group said to clarify the subject of claims – the company said in the document, all components of the four gas turbines.

Earlier it was reported that the company STGT filed its own lawsuit in the Moscow Arbitration court against two of Rostec. In the lawsuit STGT demands to annul the prisoner with “Technopromexport” the contract and to recover from of Rostec property from “unlawful possession”. The action is scheduled for October 20.

“Siemens gas turbine technology” is a joint venture of Siemens AG (65%) and Power machines (35%). Scope of activity – production and maintenance of gas turbines of over 60 MW to Russia and the CIS, is engaged in the development, Assembly, sale and service of gas turbines, as well as localisation of production.