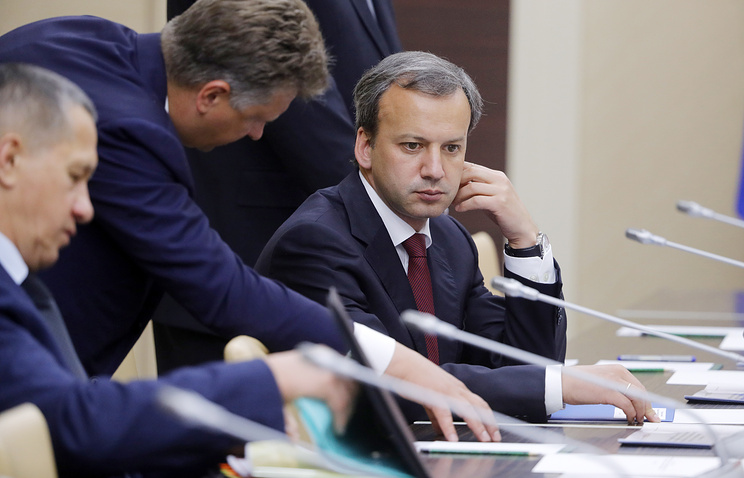 MOSCOW, September 18. /TASS/. A government decree providing for the gradual introduction of the anti-terrorism package of laws will be prepared in November, told reporters Deputy Prime Minister Arkady Dvorkovich. According to him, lawyers have confirmed that for the phased introduction of the “Spring package” do not need to amend the legislation.

The package of anti-terrorist amendments from 1 July 2018 obliges the Telecom operators for three years to store data about the facts of reception, transmission, delivery and processing of voice information and text messages, images, sounds and videos. The most “heavy” content such as images, sounds and video – operators should keep up to six months. All of this information the operators are also obliged to provide upon request of the security services.

“We can do it by the rules of government resolution, no amendment (phased introduction of the “Spring package” – approx. TASS) in the law we are now discussing. In the near future are preparing the documents, in my opinion, there is a period November,” he said.

Informed about how to implement the “law of Spring” in stages, rather than to postpone its entry into force, said the head of the Ministry Nikolai Nikiforov. Phasing implementation can occur on a regional basis, by type of operators, the composition of data storage, or other principles.

According to the Minister, the problem of simultaneous implementation of the law implementation is hampered due to the fact that in Russia a very large network connection. If Russia were a small state like Luxembourg or Singapore, it would be possible to simultaneously implement the law, he said.

In addition, previously the Ministry of communications has agreed with law enforcement agencies about reducing 10 times the volume of traffic by avoiding the storage of redundant information. According to the Ministry, the excess of information includes Internet video, IP-TV, torrents and a number of other very heavy storage of information resources. The Ministry also reported reaching agreement with security agencies on a phased increase in the retention of information.