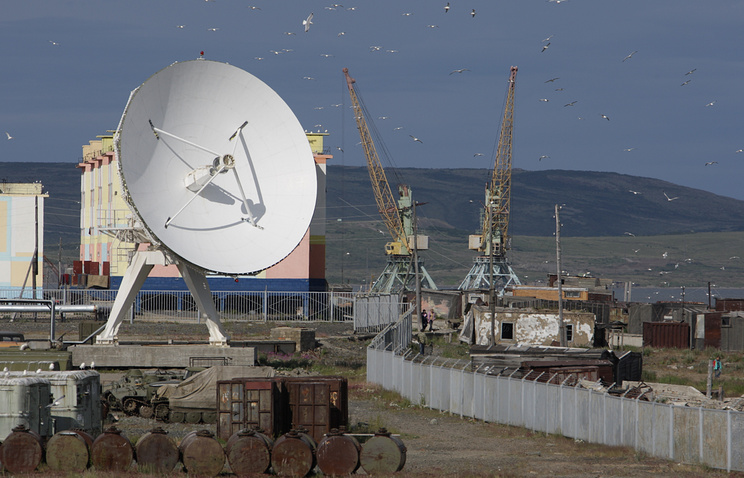 HELSINKI, 18 September. /Offset. TASS Nina Burmistrova/. Renewable energy can become an important resource of energy supply of remote villages in the Arctic regions of Russia. This opinion was expressed on Monday by TASS, the head of the program “Climate and energy” world wildlife Fund (WWF) of Russia Alexey Kokorin within the framework of the opened in the Finnish capital for a three-day Arctic energy summit, which brought together dozens of politicians, businessmen and experts from different countries of the world.

“It is important to say that the so-called small energy – very small setup – developed there [in the far North], quite successfully, from Murmansk to Kamchatka. Not to mention the fact that “Gazprom” and other companies are already several hundred such units set, in particular, in the Yamal-Nenets Autonomous district. But with great energy, where we are talking about hundreds of kilowatts and more, the story more difficult,” he said.

To adapt to harsh conditions

According to him, major installations such as wind turbines, “must be able to withstand low temperatures and stormy winds,” and large solar panels – the snow and dust.

“Speaking about wind energy, you need to understand that there are very serious technical problems when the wind gets up to 40-50 meters per second hold and low temperature. Here in fact we are still only at the stage of accumulation of experience” – says Kokorin. He noted that now in three cities of Russia – Anadyr, Tiksi and Labytnangi – installed three wind farms at a few generators in each. “If they fail three years to work out safely and sustainably, it will be a good experience that will be replicated in other places”, – the expert believes.

“But before that in Tiksi was a windmill, but he broke down, unable to work there, it was the same in the Anadyr – that is damage very much. We are now at the stage of figuring out how to particularly harsh conditions you can technically adapt in practice”, – he explained.

On solar energy, continued Kokorin, the leader is Yakutia. “There, the greatest solar potential and good progress has been made,” – said the expert.

He believes that Russia is unlikely we will be able to benefit from the experience of other countries in the construction of the plants generate wind and solar energy in the harsh conditions of the far North due to the difference in climatic conditions. “On the Arctic coast of Alaska conditions, of course, is not sugar, but there is almost no experience, that is all the same from a technical point of view, we must act ourselves,” he said, citing the experience of cooperation of the company “RAO Energy system of East” with Japanese companies at work wind turbines, the experience of private-public partnership in Yakutia.

Kokorin said that the need to increase the use of renewable energy is affected by the phenomenon of climate change.

“Say, Nov in Yakutia warmer for 40 years, on average 5-7 degrees. This means that to deliver the fuel in November, when the freeze of winter road laid on the river – on the ice, harder than before, and it would be more difficult. The main driver here, the presence of which is recognized by all, is reducing the risk of Northern delivery (delivery to remote areas of far North fuel and food – approx. TASS) – the death trucks, and even people. If in the light of this risk, renewable energy will evolve more and more in the most remote villages, we this risk will reduce, and it will be a good step forward,” – said the expert.

Thus, according to him, “if we talk about the Arctic, then you need to pursue the development of renewable energy is not the number – it will always be relatively small”. “We are talking primarily about the remote villages that depend on Northern delivery and where delivery of fuel is the most risky,” he said.

In June, the special representative of the RF President on the issues of environmental activities, environment and transport Minister Sergei Ivanov, speaking in Helsinki at the World forum circular economy, said that Russia will strive to increase the share of renewable energy sources in the energy mix of the country over the next five years. Now it is about 1.5%, but within five years it is planned to reach 5%.