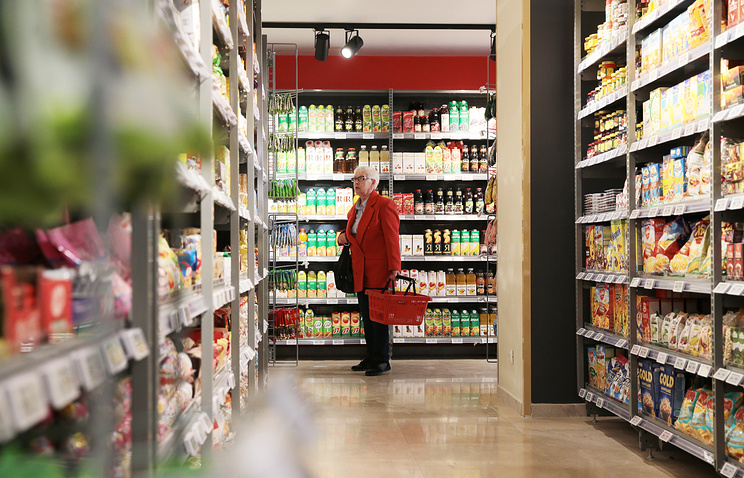 The Russian embargo, announced in 2014, has pushed retailers to find local products. Food producers from small and medium businesses that were previously only dreamed of to go on the shelves of retail chains, the thought that got a chance to cooperation with major retail. Their hopes were partially fulfilled: success stories there are, but they are few, and sell through intermediaries and in a small regional network was more profitable.

Dmitry Usenko, owner of macaroni mini-factory “Leonardo Baffi” in the Krasnodar region, was able to go with a pasta of medium and premium class “the Italian” in several Russian retailers in the middle of 2015. His shop worked for a year, but first the only sales channel was a tent in the city market weekend. There’s a former lawyer, traded independently.

“After entering the food sanctions in Russia the trading network really began to declare programs to attract small and medium business, — said Ilya Lomakin-Rumyantsev, Chairman of the Presidium of the retail companies Association (ACORT). — But statistics are not maintained”.

In the trade network “Auchan” in Russia, the share of suppliers of goods for small, medium and large business, but only on the legal forms of ownership. So the company was able to calculate that the proportion of providers of IP and SP, among which are mainly the micro business has grown in 2014 is negligible. Three years ago, 4.7% of all suppliers now is 4.85%.

“In the regions, the percentage of food from small and medium business above. In Moscow, they are few, because in the capital’s malls high volume of sales, and therefore need a large supply that can provide large business, — said Maria Kurnosova, head of the press service of “Auchan” in Russia. Story about how the owner of a small production seriously increased the sanctions are rare, but there are. The first thing I remember: chocolate maker from the Republic of Khakassia started to supply its products to one of our regional supermarket, later expanded and was able to provide several hypermarkets, and now his product is sold in Italian “Auchan”.

That owners of SMEs it is easier to go to the regional stores and they say “Dixie”. “We are developing cooperation with representatives of small and medium-sized businesses. Its share is most pronounced in perishable products, fresh vegetables and fruits. Often it is the local producers and their penetration in some regions can vary by season and may reach 80%, — said Vladimir Rusanov, the Director of media of the SC “Dixie”. — Working with them through distribution centers. Choose those who can, firstly, continuous to supply large volumes in the hundreds of stores in the region. Second, to provide your product with all necessary documentation, and preferably the entire document in electronic form.

Delivery network — this is

“In 2016 we started to work with the urban network “Tabris”, they had a shortage of cheese in the premium segment. Since the beginning of summer and carry in the hypermarket “Magnet” — says Victoria Mischenko, co-founder of farm dairies “Ipatov” in the suburbs of Krasnodar. — There are still a few small networks-buyers. I must say: with big retail all hard and long. With “Magnet” negotiations went on for almost a year. Her business — even small and micro. You can say Kraft. In such conditions it is easier to put in a small network and shops. To deliver the goods, for example, ten-point network, you need to hire for the day the car with the refrigerator. There are conditions in terms of delivery, if you do not fulfill their penalties. But at the same time, we do not relate to the conditions for large-scale production — we do not pay rebates, and the purchase price is the same for both large and small networks.”

In Russian retail two trends: for small and medium businesses, they are two news — good and bad.

Good — the trend of “shop in shop”: I propose to open food stalls at the entrance to the hypermarkets on the terms of the sublease.

The bad: the big players, mostly hard discounters out of the market small regional network, friendly to small and medium businesses.

Mukhtar Assanov, Deputy Director for development of the trading network “Caravan” (18 stores) in Kabardino-Balkaria, I agree — the regionals are suffering from the expansion of major retailers: “First, has come to the Republic “Magnet” shopping “at home”. They drew off a part of buyers, but only for a few months. We have the middle segment, and a network of Galician, at least, in our region, works even in economy class, and in the super-economy, for the very poor. Now came the Krasnoyarsk network “Traffic light” — also economy class. However, the competition of “Magnet” more felt. The northerners have some misunderstanding of our mentality.”

Most vendors in the “Caravan” — small and medium business.

“We have no problem to track, make ratings, but you can call product group, where 100 % of goods from SMEs. Perishable — milk and dairy products, bread and bakery, in addition to cakes, lists Asanov. — Candy, chocolate put a large Moscow factory. Small business works with us without rebates. Big business features a retro-bonuses”.

In 2016 closed 461 thousand sq m of retail space, primarily because of the departure of regional networks, according to market research “Discovery research group”. There is projected that this year the regionals will continue to take the position.

According to Natalia Soboleva, head of corporate ratings of “National rating Agency”, a large network will never be interested in working with small and medium business, unless economic or legislative incentives to work with them.