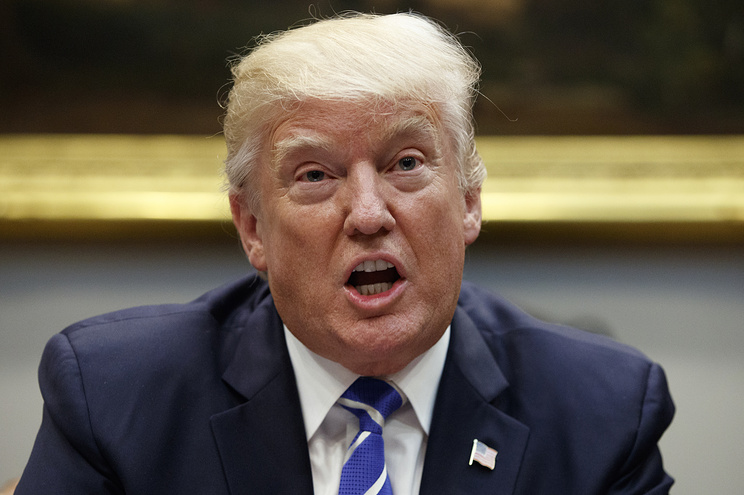 The US President Donald trump has called for an immediate tax reform in the United States, stating in an address to lawmakers that the devastation caused by the hurricane “Harvey” and “Irma”, want lower taxes “more than ever”. The White house proposes to radically reduce corporate taxes to accelerate economic growth in the country. However, opponents of the President’s plan, there are concerns that the beneficiaries of this measure will not ordinary Americans, and business leaders such as the trump. TASS explains the essence of tax reform.

The main proposal of the White house — to reduce the maximum corporate profit tax from the current 35% to 15%. At this level the trump intends to set the maximum tax for businesses “pass-through” organizations that do not pay corporate tax and transfer the revenue to its owner, who pays tax at the appropriate rate of personal income tax (in the US it ranges from 10% to 39.6% and is calculated from the income). This maneuver allows you to avoid double taxation (when taxes are charged on corporate profits and dividends to shareholders) and as a result to save on payments to the budget. The maximum tax rate of 15% will allow companies to “pass-through” to save even more.

In addition, the plan of the White house provides:

• Establishing a 10 percent rate on repatriated profits of American transnational corporations (now they do not return profits in the U.S., because then they would have to pay her 35% tax).

• Waiver of tax on “investment income” rate which is 3.8% (it is charged on income greater than $200 thousand, and the proceeds are used to Finance Obamacare).

Logic trump and the Republicans is simple: the more money the businessmen and corporations get to keep it, the greater will be the wages of workers, the greater will be jobs and, ultimately, the more benefits it will bring to the economy and the state. It’s called trickle down effect, or “trickle-down effect of” one of the cornerstones of “Reaganomics”, the economic policies of the 40th US President Ronald Reagan. At it 31 years ago was the last full-scale tax cuts in the United States, which was accompanied by economic growth.

But these two actions have the reverse side: if you reduce the tax burden, but spending to keep at the same level, will increase the Federal budget deficit (to cover the deficit, the Reagan administration has increased the national debt from $997 billion to $2.85 trillion). The same problem is inevitable in the administration of the trump. According to the joint tax Committee in Congress, reducing the corporate tax rate to 20% will cost the USA $2 trillion in revenues over 10 years. Plugging this budget hole may have due to the increase in public debt, which has exceeded $20 trillion.

Another problem of the plan of trump’s “trickle-down effect of” does not guarantee wage growth of ordinary workers, not the emergence of new jobs. Most of the money saved goes into the pockets of senior management, i.e. the richest of Americans with tax breaks can only be enriched. As pointed out by economist Jared Bernstein in his column in The New York Times, no correlation between tax breaks and increased investment in the business does not exist. “People invest to make money, and potential taxes are never afraid of”, — quotes the expert of billionaire Warren Buffett.

According to him, today those companies which are “pass through taxation”, pay their workers only 1/3 of income after tax, the other 2/3 disposes of senior management.

It turns out that the tax reform trump is good news mainly for the American rich. According to the analytical center Tax Policy Center, most of the benefits from the presidential initiative will gain exactly 1% of the richest citizens of America are the ones who gets $700 thousand a year and more. They will have up to 90% of the total amount that you will receive less budget.

However, to derive some benefit can ordinary Americans — especially those who pay more income tax than 15%. They will be able to register as a legal entity, and pay no personal income tax, which can reach up to 35% and the corporate income tax rate of 15%. For example, the average American journalist is now paying income tax at 25%, but after registration as a legal entity, as he continued to work on its original place, will be able legally to give to the Treasury for 10% less.

Finally, the benefits from tax reform will get the trump. Now he supposedly transfers to the budget 24-25% of income (exactly how much tax is paid by the President, at the moment nobody knows — he still refuses to disclose his tax returns), and in the case that the tax reform will take place, will pay 15%.

Whoever the ultimate beneficiary of the trump plan, the fiscal system of the USA really needs to reform — getting rid of unjustified loopholes and preferences, which are actively used in American business. The Institute on taxation and economic policy (ITEP) analyzed 258 companies with a positive balance of Fortune 500 and found that 100 American firms did not pay taxes at least once in the period from 2008 to 2015. Moreover, 18 companies did not give the Treasury a penny, that is, for seven years used legal loopholes in the tax laws of the United States.

The size of the tax was unequal and depended on the sector in which the company operates: public utilities pay only 3% corporate tax, technology companies — 20%, enterprises of wholesale and retail trade, along with medical company — 30%. As noted by Slate, the system in which one company pays to the Treasury up to a third of their income, and the other — practically nothing could benefit only those lobbyists that benefit from tax loopholes, but not the state as a whole.

Trump-a businessman, this situation is quite satisfied with (his Trump Organisation, which occupies the 48th place in the list of largest private U.S. companies, pay taxes on profit not as a Corporation — such as Google or Apple, as the company “pass-through”), but the tramp-the President proposes a tax system as soon as possible to change. In his Twitter the President stressed that Republicans must reform immediately: “don’t wait until the end of September. Now it is most needed. Hurry up!”

However, in the ranks of American conservatives there is no unity about what exactly this reform will be and how much to cut taxes. Ultraconservative the Republicans from insisting on the most radical version, the moderate members of the party fear that drastic tax cuts would increase the budget deficit.

To trump the fiscal reform is one of the main tasks. First, it requires at least some “success stories”, as many of its still not implemented. Secondly, according to trump, without tax reform is impossible to implement other economic plans — the introduction of large-scale infrastructure programmes, ensuring that 3 percent GDP growth and the creation of “millions” of new jobs. Otherwise, “make America great again,” the President will not work.