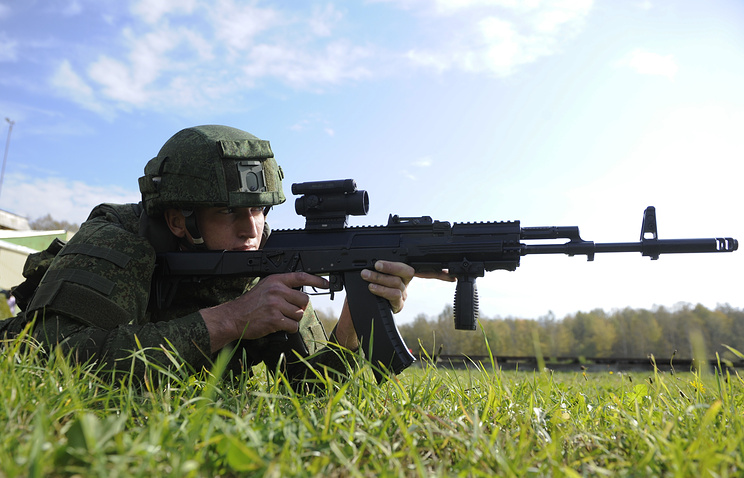 “The interest in the Kalashnikov assault rifles are showing the Asia-Pacific region, the Middle East, Africa and Latin America. In 2017, we have already signed seven contracts to supply more than 100 thousand AK various modifications and are now negotiating for the supply of machines with several customers”, – said Mikheyev.

According to him, Kalashnikovs are the most popular among foreign customers among all models of small arms manufactured in Russia. “During the work of “Rosoboronexport” has put for export more than a million units of its [machine] various modifications. In addition, in several countries the assistance of our established licensed production of AK. Only in 2017 under license produced more than 15 thousand Kalashnikovs, and since 2001 – a few hundred thousand units,” – said Mikheyev at the opening ceremony of the monument to the developer of small arms Mikhail Kalashnikov.

Mikheev noted that currently, “Rosoboronexport” is promoting to the world market, the Kalashnikov AK-74M and samples of the “hundredth” series (AK-101, AK-102, AK-103, AK-104, AK-105). In the near future is expected to enter the global market for new versions of AK, which has interested a number of partners.