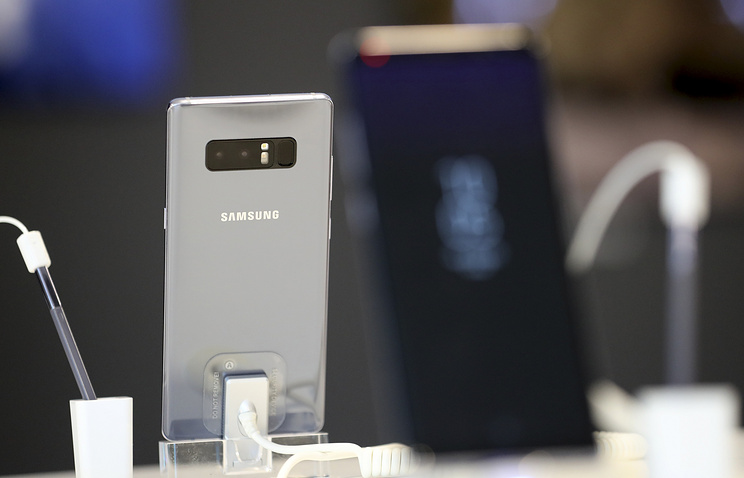 SEOUL, September 21. /TASS/. Samsung Electronics and LG Electronics began on Thursday sales of its flagship smartphones the Galaxy Note 8 and V30 in the Republic of Korea. As reported by both companies in common in Seoul press releases, it is expected that new model will break records, becoming bestsellers in the country and abroad.

According to estimates Samsung, only on pre-orders already sold at least 400 thousand units of the Galaxy Note 8. This is 20 thousand more than the previous model Note 7 presented a year ago. The current flagship has a “frameless” display, 6.3-inch, dual camera with optical image stabilization, and a proprietary stylus.

The number of pre-orders for the LG V30 was also more than the previous flagship model of the company G6, introduced this year, according to a press release, but the exact figure is not mentioned. V30 – the first smartphone LG, equipped with both an OLED display and two cameras with glass lenses. Aperture of one lens can be opened to a record in F/1,6 – more than any of its competitors. The manufacturer claims that LG V30 is an ideal smartphone for fans of mobile photo and video.

LG Electronics holds the V30 hopes. The company hopes that the new flagship will help to improve the situation in its mobile division, which has operating losses for nine consecutive quarters.