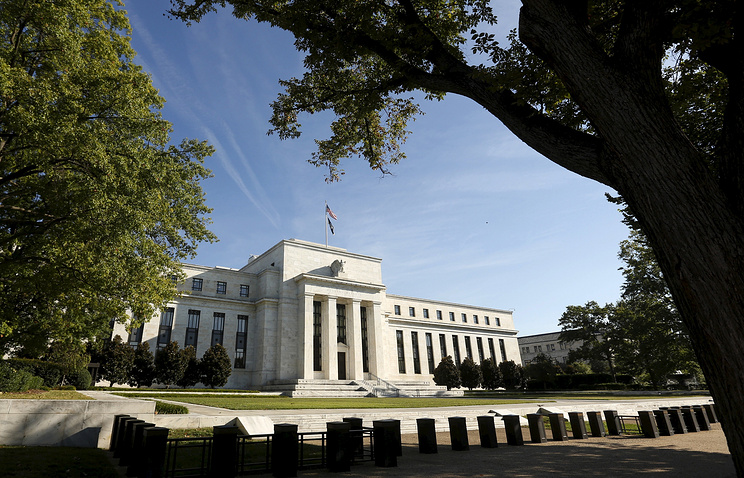 WASHINGTON, September 20. /TASS/. The Federal reserve system (FRS) that perform the functions of the Central Bank left the benchmark interest rate unchanged at 1-1. 25%.

This is stated in a statement on Wednesday, the message of the financial regulator following the meeting of its leadership.

“Information received since July meeting of Committee FRS on the open market (the governing body of the fed – approx. TASS), shows that the labor market continues to strengthen, and economic activity is growing at a moderate pace this year”, – stated in the final statement. Separately, the document emphasizes that in October the Committee will begin a program to reduce the volume of their investments in bonds and other securities, which is $4.5 trillion.

The fed stressed the impact on the US economy the effects of hurricanes. “The hurricane “Harvey”, “Irma” and “Maria” has destroyed many settlements, creating serious difficulties. Associated with natural disasters of destruction and [the subsequent] reconstruction will affect economic activity in the near future, but past experience shows that hurricanes unlikely to change the course of the economy as a whole in the medium term, the statement reads. – Higher gasoline prices and some other consumer products after the hurricanes is likely to lead to a temporary increase of inflation.”

Nevertheless, in the future, the steering Committee of the fed “still waiting” maintaining the same trends “with the gradual adjustment approach to monetary policy”, that is, the level of interest rates. As for inflation, which he also intended to follow, it is still slightly below the target of 2%, but “in the medium term should be stabilized” around this level, according to the statement.

The consensus forecast Bloomberg testified that only five of the 108 economists surveyed expected a rate hike by 25bps. p. – to 1.25-1.5% per annum. Other experts were confident in keeping the discount rate within the same range. In addition, the probability of a rate hike at the meeting on September 19-20, based on the futures rate on Federal funds accounted for only 0.6% and the probability of preservation and 99.4%.