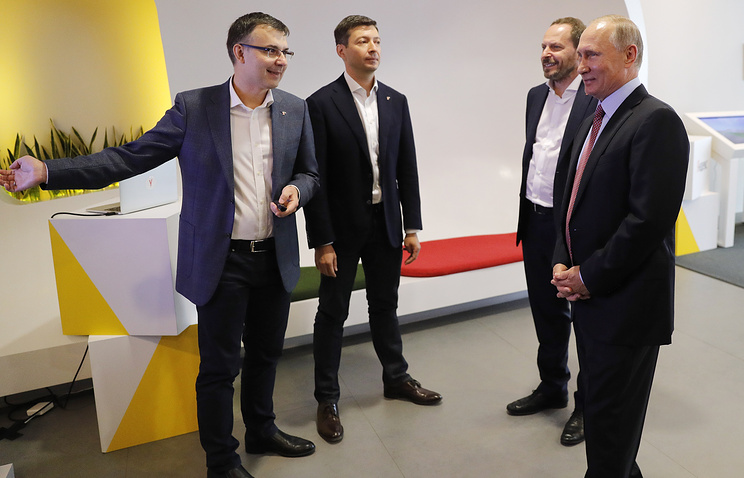 MOSCOW, September 21. /TASS/. Russian President Vladimir Putin in the Moscow office of “Yandex” has told about the company’s success in the market. Putin began his visit to “Yandex” with a short meeting with the company CFO Gregory Abovsky and CEO Alexander Shulgin. They told the Russian leader that employs seven thousand people, the average age of employees is 30 years, most of them graduates of leading Russian universities.

The President showed a map with Russia marked in there cities where Yandex has development offices in Moscow, Saint-Petersburg, Nizhny Novgorod. Putin said that developing the far Eastern Federal district, where there is a University, and “Yandex” it is necessary to think about opening there office.

“Understand the remark made,” said Shulgin. He later explained to reporters that the company is represented in many cities, including in search of talented youth.

The President also talked about the leading position of “Yandex” among Russian companies in the world, and the capitalization and turnover.

In the future he will get acquainted with the projects of “Yandex”, including an unmanned vehicle.