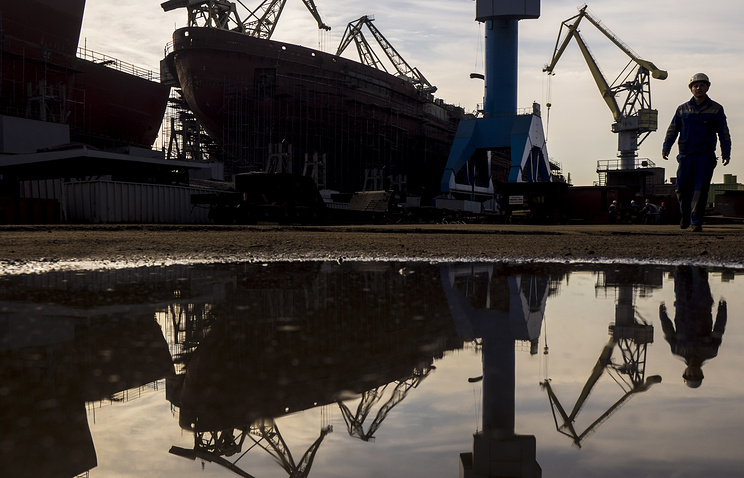 SAINT PETERSBURG, September 22. /TASS/. First serial nuclear-powered icebreaker of the project 22220 “Siberia”, which is designed for the transaction of goods along the Northern sea route, will be launched at the Baltic shipyard in St. Petersburg. This was reported by the press service of the plant.

“22 September 2017 at the Baltic shipyard held a launching of the first serial icebreaker “Sibir”, – stated in the message.

The first serial icebreaker “Sibir” project 22220 was laid in may 2015, the deadline is 2020. Under the contract with FSUE “Rosatomflot” Baltic shipyard is building three nuclear-powered icebreaker of the project: head of “Arctic” and two series -“Siberia” and “Ural”. The technical design of nuclear submarines developed by TSKB “iceberg”. Universal nuclear icebreakers of the project 22220 is designed for self-pilotage in the Arctic, icebreaking pilotage in shallow areas of the Yenisei and the Ob Bay, rendering assistance to vessels and rescue operations in ice conditions and on clear water.

The nuclear icebreakers of project 22220 will be equipped with double-reactor power plant with the main source of steam from the reactor installation RITM-200 with capacity of 175 MW. They will become the largest and most powerful nuclear icebreakers in the world.

Earlier Rosatom reported that the “United shipbuilding Corporation” has requested to postpone the commissioning lead icebreaker “Arktika” from 2017 at a later date. Rosatom said that the delay in commissioning of the Arctic will not lead to problems with delivery of cargoes along the Northern sea route. The Kremlin also did not consider the postponement of the introduction of the icebreaker “Arktika” is critical.