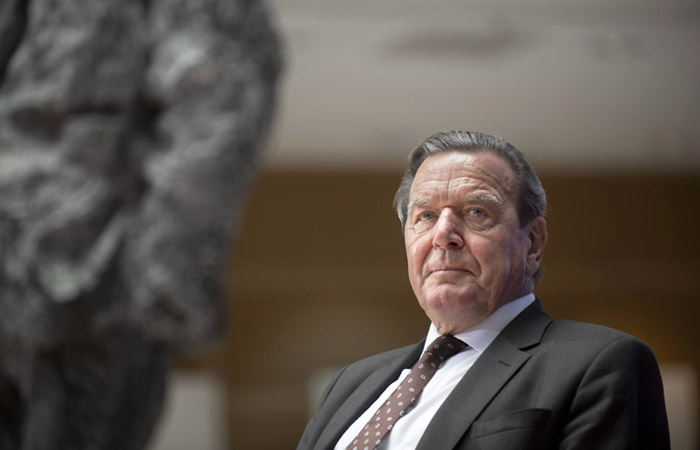 Moscow. September 26. INTERFAX.RU – the Russian Government has approved the candidacy of the ex-Chancellor of Germany, head of Committee of shareholders Nord Stream AG Gerhard schröder as candidate for the election of the Chairman of the Board of Directors of “Rosneft”. The relevant Directive is approved by the government, reported “Interfax” a source familiar with the text of the document.

The decision to entrust a responsible position Schroeder is due to the fact that he is “influential politician of world scale, consistently advocating for strategic cooperation in Germany and Europe with Russia in the energy sector”, explained earlier the source of “Interfax”. In addition, the ex-Chancellor has “exclusive competence and experience of independent Director in the largest Russian and international oil and gas companies, including as Chairman of the Board of Directors”, stated in the explanatory Memorandum to the draft Directive.

Now the Board of Directors of Rosneft is headed by the presidential aide Andrei Belousov. Extraordinary meeting of shareholders “Rosneft”, which will elect a new Board of Directors is scheduled for September 29 in St. Petersburg.

Earlier, German Chancellor Angela Merkel said that negatively perceives the intention of the Schroeder become a member of the Board of Directors of “Rosneft”. Authorized capital of NC makes 105 million 981 thousand 778,17 RUB and is divided into 10 billion 598 million 177 thousand 817 shares of par value of RUB 0.01 Major shareholders of “Rosneft” on September 1, 2017 were as follows: state stock company “Rosneftegaz” (50%+1 share), BP Russian Investments Limited (19,75%), QHG Oil Ventures Pte. Ltd. (JV, Glencore and QIA, or 19.5%).

Meanwhile, in early September a consortium of Glencore and Qatar Investment Authority (QIA) has signed an agreement with China Energy Company Limited CEFC on sale 14,16% of shares of “Rosneft. After the transaction, Glencore will remain a shareholder of Rosneft with a share of 0.5%, and the Qatari Fund QIA – with a share of 4.7%. The transaction will be closed after the final negotiations and approval of the regulators. The CEFC has not yet announced its plans for participation in the corporate management of Rosneft.