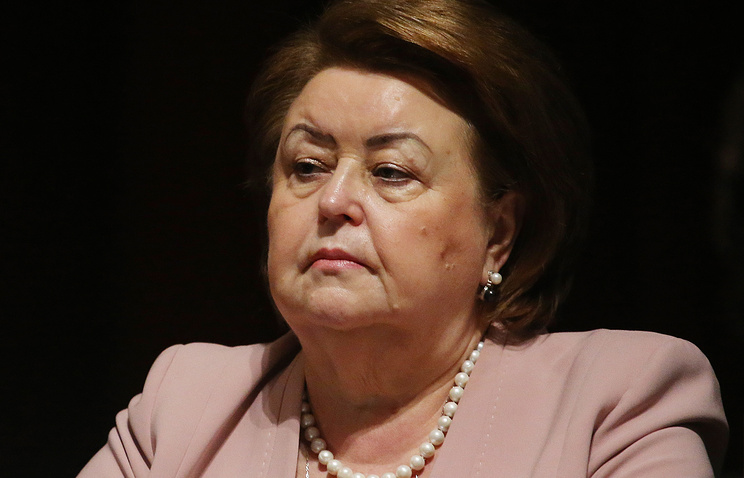 MOSCOW, September 27. /TASS/. About 1 million children in the Ukrainian schools will not be able in 2020 to study in their native language in connection with the adoption of the law “On education”.

About this at a plenary session of the Federation Council on Wednesday said the head of the Committee on science, education and culture Zinaida dragunkina.

“In schools where education [is] completely in the Russian language, learn about 400 thousand children. As a separate subject, Russian studies, almost 1 million students, and these are the children of non-Ukrainian families will not be able to receive secondary education in their native language. I think that comment is superfluous,” said dragunkin during the discussion of the draft statement of the Federation Council in connection with the adoption of the law of Ukraine “On education”.

According to the Senator, this year 364 kindergartens and 581 school in Ukraine teach children in Russian.

“We see excites people, distracting them from real issues by splitting the society into friends and foes, the current policy of Ukraine forcibly set in the multinational state is mono-ethnic language mode That would do the current politicians, they come and go, but the language and culture of the eternal,” – said the head of the Committee.

Earlier on Wednesday the Federation Council unanimously adopted a statement urging the UN, OSCE and international parliamentary organizations to make an objective assessment of the anti-democratic law of Ukraine. The document was supported by 159 senators.

The law, signed by President of Ukraine Petro Poroshenko September 25, stipulates that from 2018 the classes with education in “the languages of national minorities” will remain only in elementary school, learning in secondary school and in higher education will take place exclusively in the Ukrainian language.

Concern about the new law expressed Bulgaria, Greece, Moldova and Poland. Romania’s President Klaus Iohannis has cancelled a visit to Ukraine, foreign Minister of Hungary péter Szijjártó said that Budapest is in the European Union will now block any steps that could lead to further promotion of Ukraine in the European integration process.