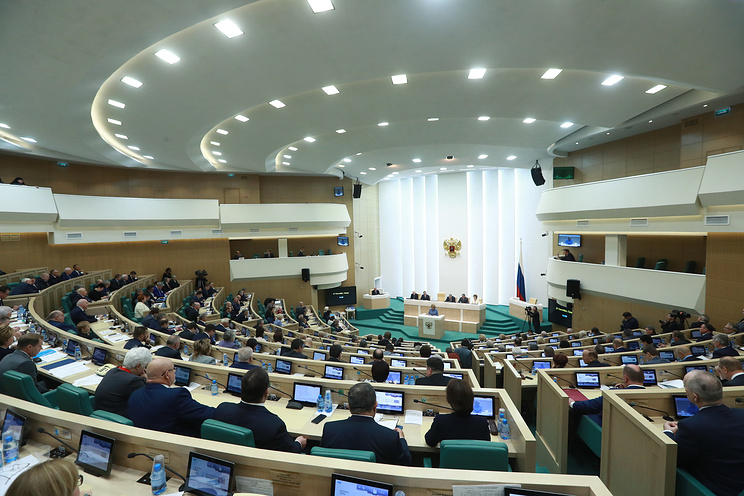 MOSCOW, September 27. /TASS/. The Federation Council unanimously adopted Wednesday a statement in which it urged the UN, OSCE and international parliamentary organizations to make an objective assessment of the anti-democratic law of Ukraine “On education”. The document was supported by 159 senators.

The document also notes that the senators believe that it is necessary to take comprehensive measures to restore the violated rights and protection from discrimination of all citizens of Ukraine. Said in a statement that the Ukrainian authorities continue the practice of gross violations of human rights. In particular, the law “On education” contradicts the Constitution of Ukraine, “harm the interests of Russian-speaking residents of the country and aimed at total Ukrainization”.

“Noteworthy is the fact that the law signed by the President of Ukraine on the eve of the European day of languages, which is celebrated to demonstrate the rich linguistic and cultural diversity, promotion of research and development in various languages, including in educational institutions”, – said in a statement.

The senators believe that the law contradicts Ukraine’s obligations taken by it in accordance with the framework Convention for the protection of national minorities of 1995 and the European Charter for regional or minority languages of 1998. “In his pursuit of a violent Ukrainization of education, the Ukrainian authorities had violated the rights of numerous national communities living on the territory of Ukraine. The so-called revolution of dignity has led to outright humiliation of human dignity of those who had not supported a coup in Ukraine in 2014”, – the statement stresses.

It also notes that the Federation Council supports the just harsh assessment, the data of Ukrainian law by the authorities of Bulgaria, Hungary, Greece, Moldova, Poland and Romania.

The state Duma plenary meeting on Wednesday also intends to consider and adopt a draft statement condemning the Ukrainian law “About education”.