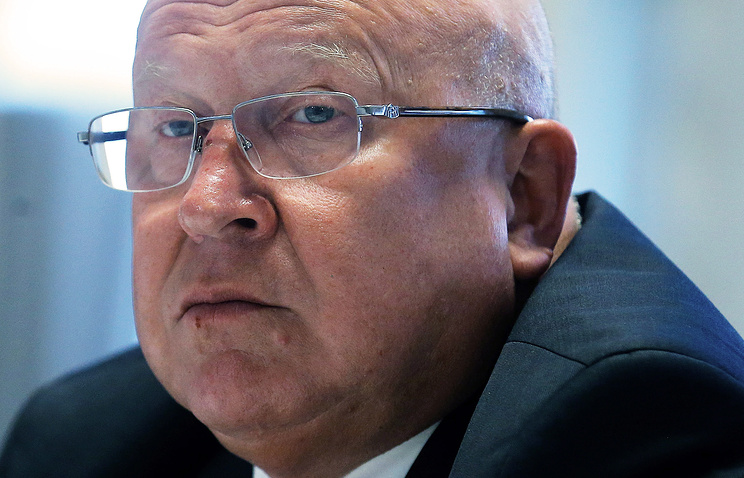 Valery Shantsev has headed the Nizhny Novgorod oblast in August 2005, succeeding to the post of Governor Gennady Khodyrev. Prior to that, he was a close ally of Yury Luzhkov, Vice-mayor of Moscow and even experienced during the election campaign for this position attempt: in 1996 at the entrance of his residential building explosive device, causing Shantsev has received more than 140 shrapnel wounds and burns almost 50% of the body. Customers and executors of the assassination, then were not found.

Shantsev’s candidacy, Russian President Vladimir Putin proposed at that time, the presidential envoy to the Volga Federal district (PFO) Sergei Kiriyenko. 5 years later, in 2010, the regional Parliament approved Shantsev as Governor on representation of the President of the Russian Federation Dmitry Medvedev.

14 Sep 2014 Shantsev was elected Governor of the Nizhny Novgorod region, gaining 86,93% of the vote.

In Nizhny Novgorod over the years, Governor Shantsev was built and put into operation the important objects which are now associated this city. For example, a metro bridge across the Oka river, which is organized movement and cars, and trains. Through the metro bridge came into the mountainous part of the city — there was the first station “Gorkovskaya”.

In February 2012 started a ropeway, which was built over the river, she joined Nizhny Novgorod and the satellite city of Nizhny Novgorod — Bor. The distance between these cities in a straight line across the river — 4 km and on the highway and 27 km from Cableway will relieve vehicular traffic on the Bor bridge. It became a tourist attraction and included in the “Book of records of Russia” and “the Book of records of Europe” as a single with a span above the water surface 861,21 M.

Commissioning of the third stage of the southern bypass in 2016 allowed to bring outside Nizhny Novgorod all transit transport coming from Kazan to Moscow and back. Then opened the understudy Bor bridge, the construction of which has been allocated the largest tranche of the assembled system “Platon”, — 3.6 billion rubles. New interchanges and expanded access roads has reduced the travel time to half an hour during peak hours with the former two to three hours.

Nizhny Novgorod became one of the cities-organizers of the world Championship on football of 2018. The training program of the region for this tournament has become one of the largest in the country. It included construction of some 50 facilities already in operation the new airport ready sports camp and training ground, the construction of a new metro station “Arrow”, continues repair work on three stadiums. At the main stadium, which was erected in Nizhny Novgorod on the confluence of the Oka and the Volga, in October, the first match is scheduled.

In the summer of 2015 with the participation Shantsev was allowed to issue 30-year history, it was decided to abandon the project on raising the water level at the Cheboksary hydroelectric power station to 68-mark, to solve the problems of navigation on the Volga between Nizhny Novgorod and Gorodets.

The reservoir level was left at the existing 63rd level. As noted by the ecologists, as a result of the rise of the water level in the Volga river flooded or have been flooded hundreds of thousands of hectares of land in the territory of the Nizhny Novgorod region, Mari El Republic, the Chuvash Republic. The increase in reservoir level would have a negative impact on water quality reduced flow and reduced water exchange would lead to a deterioration of the hydrochemical and sanitary condition of the Volga.

Instead Shantsev proposed to build a low head hydro system in the Balakhna district of Nizhny Novgorod region, which would allow to solve problems of navigation. In August 2017, Prime Minister Dmitry Medvedev signed a decree on the construction of low-pressure waterworks of Nizhny Novgorod on the Volga river cost of 43.5 billion rubles.

“Here there is a constant war”

The period of work of Valery Shantsev as Governor of Nizhny Novgorod will be remembered not only large construction projects, but also the confrontation of political elites. Main parties to the conflict are Shantsev himself and former head of Nizhny Novgorod Oleg Sorokin, who now occupies the post of Deputy speaker of the regional legislative Assembly.

In October 2015 Sorokin resigned of the head of Nizhny Novgorod, saying that he resigned because of disagreements with the Governor on privatization of the largest city enterprises. “Unfortunately, after five years of working together with Governor of Nizhny Novgorod region Valery Shantsev in recent months there has been serious differences that were associated with my assessment of the activities of the former head of the city administration Oleg Kondrashov and the Governor’s plan for privatization of major municipal enterprises providing activity of Nizhny Novgorod — “the water canal” and “Teploenergo”, — said Sorokin.

The confrontation between Shantsev and Sorokin reached a special intensity in the fall of 2016, when the Legislative Assembly of Nizhny Novgorod region the new convocation began its work. Then, because of the absence of several parliamentarians (18 of 50) failed to obtain a quorum and elect a new speaker. Shantsev urged MPs staged a demarche, to give up their seats. About two dozen deputies signed a letter to presidential envoy in Volga Federal district Mikhail Babich, the Prosecutor of the region Oleg Ponasenko and chief UFSB Sergey Staritsyna, which complained to the Governor, who allegedly lobbied hard the candidacy of Evgeny Lebedev on a post of the Chairman of the legislative Assembly.

It had to intervene, even Mikhail Babich, who sharply criticized the level of cooperation of the authorities of the Nizhny Novgorod region and Nizhny Novgorod. “It’s really we may be the only region where for a long period of time, this situation is not only not relieved, not changing for the better, she is getting worse. Or the Executive and the legislative that a team, like-minded people working to a common result, if not unanimity, then look for compromises. And here is a constant war, ” said Babich.

The envoy also said that the Governor’s team is chronically satisfied with the management of Nizhny Novgorod, the composition of which changed repeatedly. “There was a Bulavinov, head of the city… bad. Well, changed Bulavinov. Became Kondrashov, head of the city. Bad was Kondrashov, although everyone said that this is the same Manager that will save the city, which will clean it, raise… nevertheless, Kondrashov was also not the Manager. And Sorokin wasn’t the Manager. Now the new managers came — Karelin with Belov. Turns out it’s also not the managers. Look, but I’m the Ambassador for five years and before me the same and not the same managers,” he said.

High-profile corruption scandals in the years Shantsev-in the Nizhny Novgorod region did not happen. But criminal cases against regional Ministers were. As reported TASS, the former head of the Ministry of development of small business, consumer market and services of Nizhny Novgorod region Denis Labuza the court sentenced to five years of imprisonment for organization of illegal migration and abuse of power.

Labuza, as Minister, organized a scheme for the issuance of invitations, preparation of documents for obtaining a visa for entry to Russia. Foreigners received business visas, at the invitation of the Nizhny Novgorod Ministry, but were in different regions of the country. From September 2012 to January 2014, the criminals have organized check-3,8 thousand foreigners and had earned 8.7 million rubles. The ex-Minister, who in particular was responsible for the development of tourism in the region, showed good growth indicators in the number of foreign tourists to the region and reported to regional government about the successful implementation of the program of development of tourism.

The Minister of state property and land relations of the Nizhny Novgorod region Alexander Makarov in 2016, was sentenced to four and a half years in a penal colony for excess of powers of office. The official gave a plot of land located in the regional property, commercial firm and caused damage to the budget of Nizhny Novgorod region in the amount of 70 million rubles.

At the end of August 2017, as reported by TASS, the Prosecutor’s office of Nizhny Novgorod region caught the head of the press service of the Governor that he went to a beauty contest in China at the expense of reserve Fund of the regional budget with his wife and her sister.

The President of Russia has accepted on Tuesday the resignation of the Governor of Nizhny Novgorod region Valery Shantsev, appointed acting head of the region Gleb Nikitin. Earlier today it became known that the President of Russia Vladimir Putin has awarded Valery Shantsev with the order “For merits before Fatherland” II degree “for the big contribution in socially-economic development of the region and many years of diligent work”.