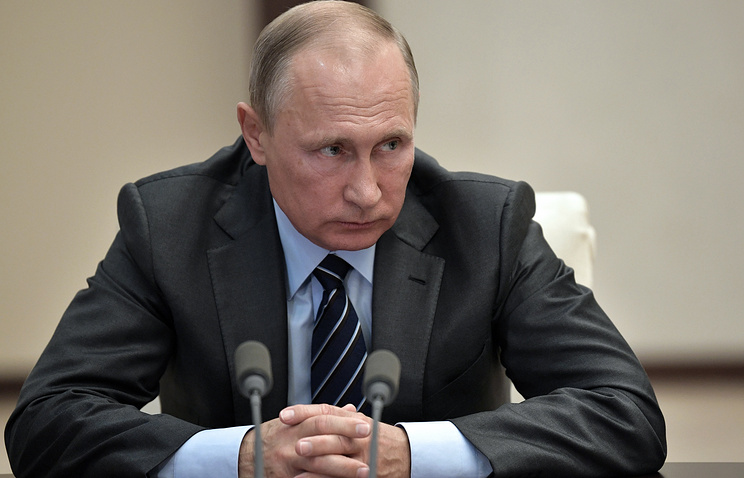 NOVO-OGARYOVO, September 27. /TASS/. Russia expects the United States will fulfil its commitments to eliminate the U.S. chemical weapons, the terms of which were postponed three times already. This was stated by Russian President Vladimir Putin during a teleconference with the settlement of Kizner in Udmurtia, where the elimination of the last chemical warhead from Russian stock.

“We hope that Russia’s efforts to eliminate chemical weapons will serve as an example for other countries”, – said the President. He noted that the largest holders of such arsenals had been of the Russian Federation and the United States.

The United States, according to Putin, “unfortunately, do not fulfill their obligations in terms of the destruction of chemical weapons – has three postpones liquidation, including under the pretext of lack of sufficient amount of budget funds that honestly sounds like something weird”. “But okay, we expect that the United States and other countries will fulfil all its commitments undertaken in the framework of international agreements”, – concluded the Russian leader.

Putin also said that Russia strictly abides by its obligations in the sphere of disarmament and WMD nonproliferation and understands the risks of a renewed arms race.

“Russia strictly fulfils its international obligations, including in the field of disarmament and non-proliferation of weapons of mass destruction,” – said the head of state. According to him, Russia is well aware of “the dangers and risks that may cause the resumption of the arms race and attempts to break strategic parity”.