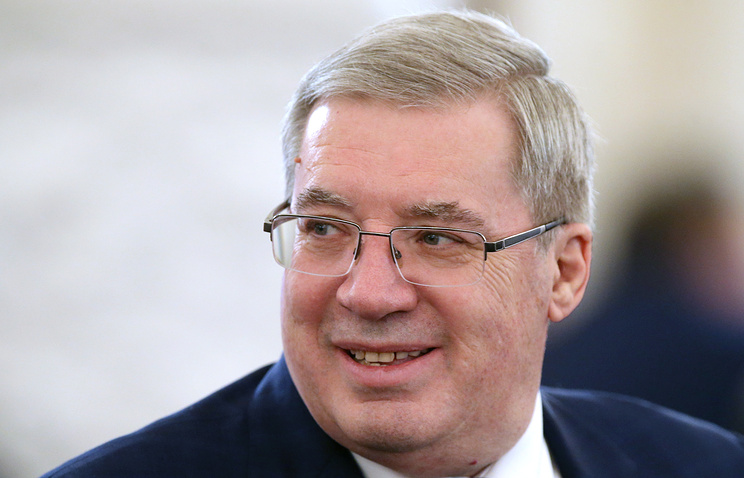 MOSCOW, September 27. /TASS/. Press Secretary of the President Dmitry Peskov did not comment on reports that the Governor of the Krasnoyarsk region Victor Tolokonsky has written the application on resignation.

Earlier Wednesday, Vice-speaker of regional Parliament Alexey Kleshko wrote on his page in Instagram that Tolokonsky held a private meeting with the regional government, which announced his resignation.

According to him, the Governor leaves the post without suggestions for future work.