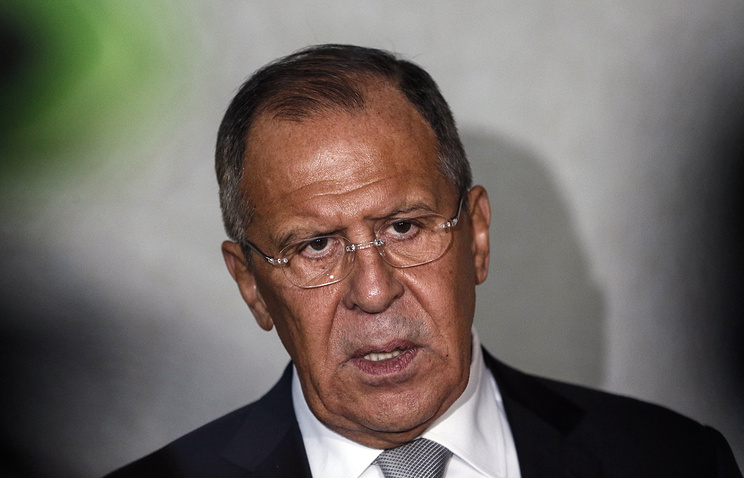 MOSCOW, September 27. /TASS/. Moscow will continue to pursue vigorously its efforts to strengthen the nonproliferation regime. This was stated on Wednesday, Russian foreign Minister Sergei Lavrov in his address to the participants of the solemn ceremony to mark the completion of chemical weapons destruction in the Russian Federation.

“Russia has fulfilled its obligations to eliminate all its stockpiles of these deadly weapons – about 40 thousand tons, – said the Minister. – Implementation of such a large project with the active participation of more than 15 other countries and a comprehensive international control – a clear example of effective multilateral cooperation.” Lavrov said that despite difficulties, managed to get rid of one of the largest arsenals of chemical weapons in the world. “Special thanks to all those who for two decades has consistently and selflessly made a personal contribution to this work, thereby contributing to the strengthening of security, trust and understanding in world Affairs”, – he said.

“It is symbolic that today’s event coincides with the 20th anniversary of the entry into force of the Convention on the prohibition of chemical weapons and to support its implementation of the relevant international institutions, the OPCW, – noticed the head of the Russian depodesta. – Our country stood at their source. Today, we continue to make strenuous efforts to strengthen the relevant non-proliferation regime, in particular, shows the successful implementation of initiatives of the President of Russia Vladimir Putin on the chemical demilitarization of Syria.”