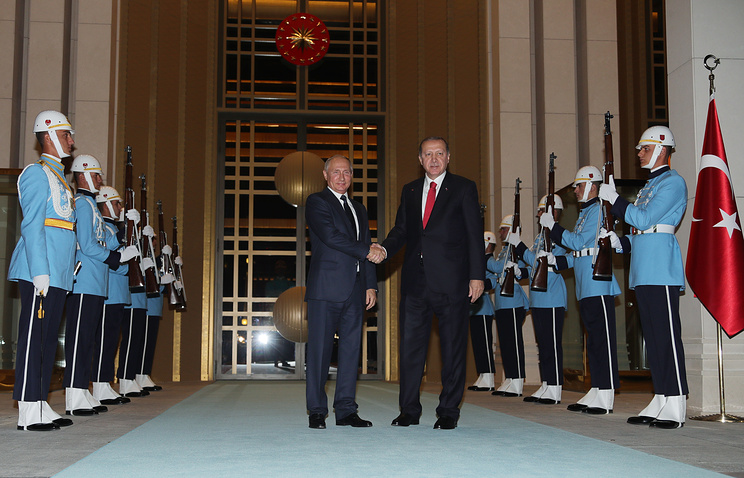 ANKARA, September 28. /TASS/. Russian President Vladimir Putin arrived on Thursday evening in the Palace of the President of the Turkish Republic. According to tradition, to meet the Russian leader at the residence of Erdogan was built a guard of honor. The President of Turkey, personally greeted his counterpart on the porch of the Palace. The heads of state shook hands.

The two leaders have opened talks in an expanded format. The conversation held behind closed doors without the press. It is expected that the main topic will be coordination of actions in the areas of de-escalation in Syria.