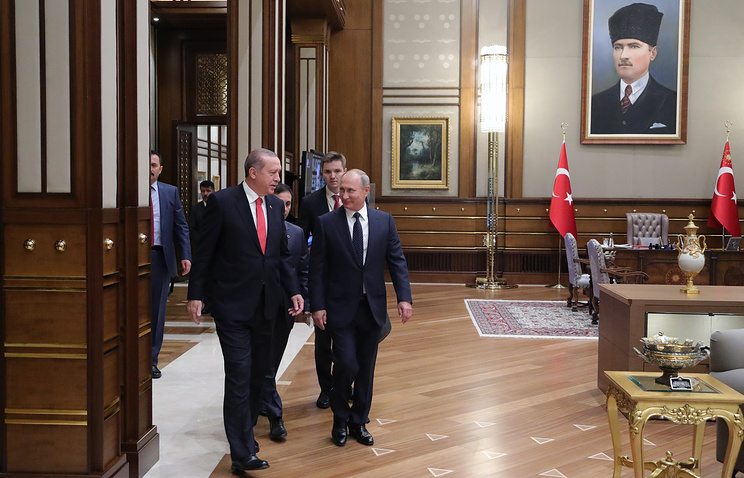 ANKARA, September 28. /TASS/. The President of Russia Vladimir Putin and President of Turkey Recep Tayyip Erdogan held bilateral conversation, which lasted for nearly two hours. Russian-Turkish talks in Ankara continues in extended format the format of the dinner. They are also closed to the press.