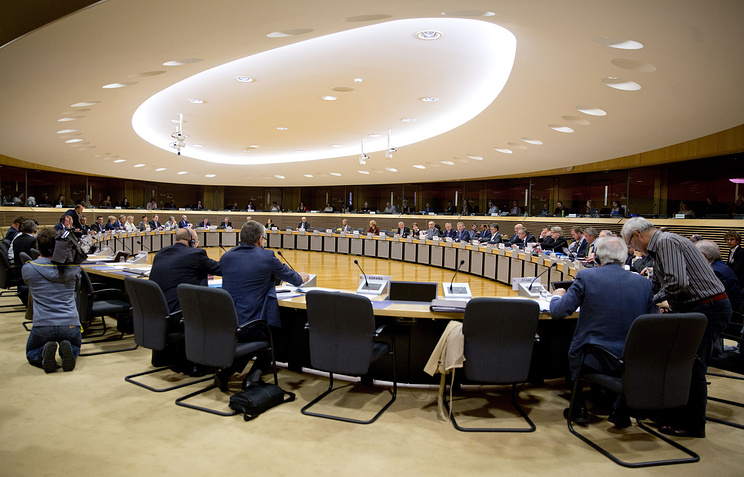 BRUSSELS, September 27. /TASS/. Russia and the EU resumed dialogue on civil society at the Public chamber of the Russian Federation (OP RF) and the European economic and social Committee (EESC).

As the correspondent of TASS from the event, in Brussels on Wednesday began a seminar on “Cooperation between Russia and the EU in the field of education and rural development” for the first time since the 2014 crisis in bilateral relations.

The event was attended by the Secretary of public chamber Valery Fadeev, Chairman of the EESC, Georges Dassis, as well as Russia’s permanent representative to the EU Vladimir Chizhov, the experts of these agencies and representatives of the European external action service. Dialogue on civil society in Russia and the EU was launched in 2008, this year’s workshop was the seventh in a row.

“Russia is interested in building a constructive, stable and predictable cooperation with the European Union on equal and mutually beneficial basis. The current strip of confrontation in our relationships – not our choice. Pressure and sanctions do not solve problems but only create new – weaken the economic position of our countries in a highly competitive world, undermine confidence and lead to escalation of tension in Europe, – said Chizhov. – I would like to note with satisfaction that after four-year break, which it has not the Russian initiative, today’s meeting was made possible thanks to the constructive attitude and movement towards each other of the two leading institutions of civil society in Russia and the EU.”

In turn, Dassis stressed that Moscow and Brussels were able to achieve “progress and development cooperation in the current difficult period in relations”. “Russia will remain our partner and our biggest neighbor, and it is important that our dialogue continues to play a role in determining the good-neighborly policy, he stressed. – We face similar challenges – the development gap between urban and rural society, the problems of border areas, issues relating to business. And we need to consult with civil society to understand how we can contribute to finding answers to these challenges.”

In response, the Secretary OP the Russian Federation stressed that Russia “is now experiencing a boom in the development of civil society.” “We adopt new practices, the practices of the volunteer movement, the development of which in our country has pushed natural disasters, fires and floods. In every region of Russia established the public chamber. From the point of view of public control in each Ministry and Department have community councils, which have broad powers and no decision can be taken without consulting with them” – said Fadeev.

Head of Department of the European external action service for Russia, Eastern partnership, Central Asia regional cooperation and OSCE Luke Devine declined to discuss the European policy of sanctions against Russia, but said that, despite its own restrictive measures, the EU is actively working with the Russian civil society. Devine stressed that the European Union continues to support independent NGOs, adding that because of this support they have in Russia the status of foreign agents.

Among other areas, he noted the participation of the EU in the framework of the project on the development of Russian villages, local government bodies and specially protected natural areas in the five pilot regions: Arkhangelsk and Kaliningrad regions, Krasnodar and Altai territories and the Republic of Altai. According to him, the Russian Federation is also one of the largest participants in the European programmes of student exchange programs such as Erasmus programs and research cooperation, in particular Horizon 2020.