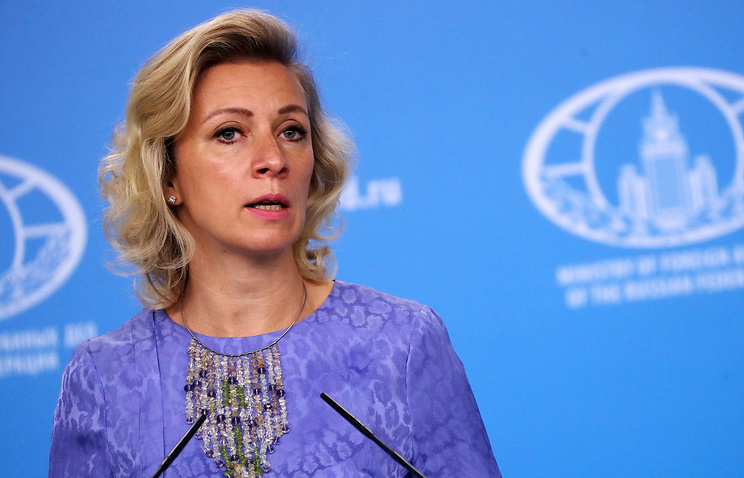 MOSCOW, October 1. /TASS/. /TASS/. The foreign Ministry asked the EU delegation to clarify the procedure for granting accreditation to foreign journalists in the countries of the community. This was stated by the official representative of the Russian depodesta Maria Zakharova, the program “Sunday evening” on TV channel “Russia 1”.

“You ask a question – and how our journalists work there? Where you do not come on the border of the throw, then arrested on the border, then take away the tape. We asked this question, we wrote two diplomatic note to the permanent mission of the European Union on the territory of the Russian Federation. You know, what was the question? The most banal: could dear and respected representation of the EU in Russia to provide the Russian side information about the order of accreditation of foreign correspondents in the countries of the European Union,” she said.

“Two notes sent. [The EU delegation] said that, it turns out that each EU country has its own method of working with foreign correspondents. And what he is – a military secret, on the border know”, she added.

According to Zakharova, the Ministry has received requests from a number of European structures, including OSCE, considering the need of accreditation for foreign journalists in Russia with the restriction. “What is this? He [the journalist] receives a huge amount of no restrictions, and the rights to work as journalists: for interview requests, to conduct the shoot where he wants to attend a press conference and so on,” she said.