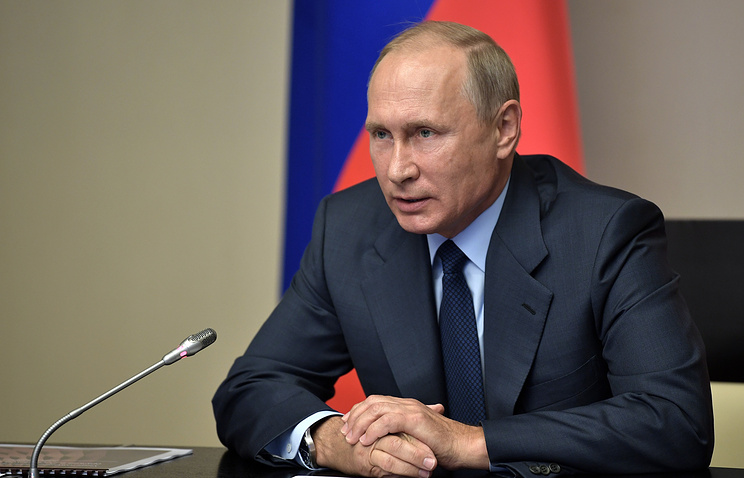 MOSCOW, 2 Oct. /TASS/. Russian President Vladimir Putin on Monday will make an official visit to Turkmenistan. As reported a press-service of the Kremlin, the visit is at the invitation of President Gurbanguly Berdimuhamedov.

“It is expected that the negotiations will address the key issues of development of bilateral cooperation in political, trade-economic, scientific-educational and cultural-humanitarian spheres, as well as topical regional issues, – said the press service of the Kremlin. – Following the talks, planned to sign the Russian-Turkmen documents.”

Contacts at the highest level

The last time Putin visited Turkmenistan in December 2012, and the President of this country came to Russia on a working visit last November. This year, the three leaders spoke on the phone.

Congratulating in February 2017 Berdimuhamedov with his victory in the presidential elections, the Russian head of state praised the contribution of his colleagues in the development of friendly relations between the two countries and expressed confidence in the continuation of the constructive dialogue between Moscow and Ashgabat.

In June, Putin signed a decree awarding Berdimuhamedov, who was then 60 years old, order of Alexander Nevsky “for the great personal contribution to strengthening of strategic partnership relations between Russia and Turkmenistan, as well as in ensuring stability and security in the Central Asian region.”

On the eve of Putin’s visit to Ashgabat, the Russian government approved the draft agreements between Russia and Turkmenistan on cooperation in the spheres of tourism and agriculture. As reported by the speaker of the Federation Council Valentina Matviyenko, who visited Turkmenistan in mid-September, the Russian President’s visit the parties are preparing a number of interstate, intergovernmental and interdepartmental agreements, which will give a new impulse to development of bilateral relations. According to the head of the upper house of the Russian Parliament, Putin’s visit to Turkmenistan “will be very important for further deepening of relations between our peoples and States”.

Diplomatic relations between Russia and Turkmenistan were established on 8 April 1992.