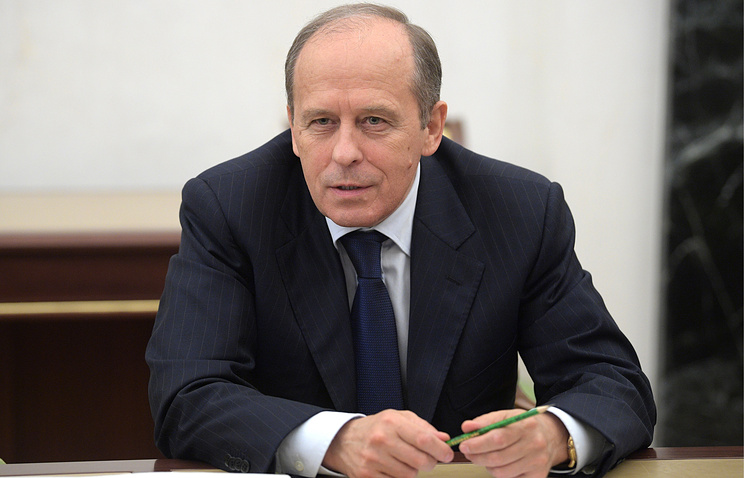 KRASNODAR, October 4. /TASS/. International terrorist organization “Islamic state” (IG banned in Russia) after the defeat in Syria and Iraq, intend to create a new terrorist network in the world. This was stated by the Director of the FSB of Russia Alexander Bortnikov on opening in Krasnodar of the XVI meeting of heads of special services, security agencies and law enforcement agencies from 74 countries.

“Almost defeated in the construction of the Caliphate in Syria and Iraq, ISIS and other leaders had joined the international terrorist organization’s global strategic objectives determined the creation of a new global terrorist network, – said the head of FSB of Russia. – This is evidenced by the nature and the geography of their latest attacks. This year, the number of victims of the attacks in Afghanistan, Syria, Iran, Iraq, Egypt, Mali, Turkey, Russia, the UK, Spain, Sweden, Finland and other countries hundreds.”

According to him, the actions of the terrorists should be qualified as a challenge to all civilized humanity, intended to sow panic in the different parts of the world and affect countries involved in the fight against terrorism, as well as the desire to demonstrate “their actual and potential supporters and sponsors survivability and the ability to further action”.

The Director of the FSB of Russia declared that point the attacks of lone-wolf terrorists in the world become a dangerous trend.

According to the head of the FSB of Russia, “the awareness of the threat of total destruction in areas of previous dominance forced the leaders of international terrorist organizations to change strategy and tactics of further actions”.

Alexander Bortnikov noted that some of the terrorists who fought in Syria and Iraq, have gained experience of artisanal production of chemical weapons components.

“I would like to note that some of those who fought in Syria and Iraq the terrorists have acquired skills of handicraft production and use of chemical weapons components,” – said the head of the FSB.

Afghanistan and other volatile regions

Alexander Bortnikov said that now “the rebels deliberately spread beyond the Middle East, are concentrated in unstable regions, with the aim of creating new tensions and armed conflicts”.

Most intensely, according to him, they move on to Afghanistan, where there are already IG positions where they have opportunity to seep into Central Asia, Iran, China and India. “Using the Afghan base, terrorists attempted to launch attacks against Russia”, – he added.

A new reference point of international terrorists are also in Yemen, Central Africa and Southeast Asia.