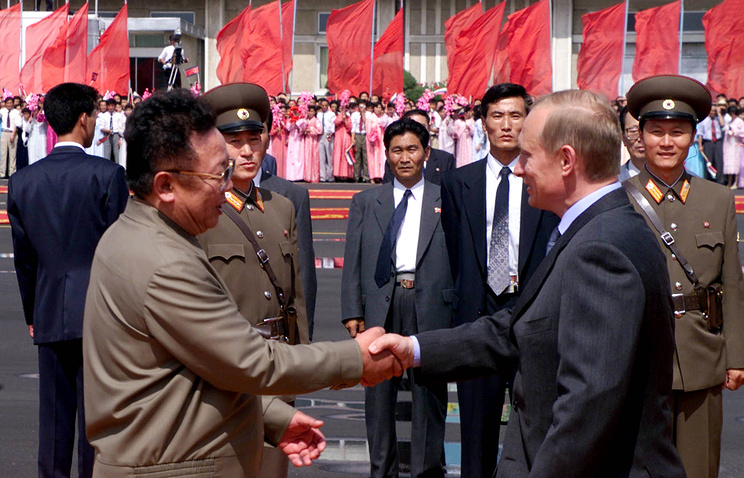 MOSCOW, October 4. /TASS/. Russian President Vladimir Putin said that Kim Jong Il back in the early 2000-ies told him at the presence of the atomic bomb, the DPRK and the ten years of its existence in this country under Western sanctions the situation did not change.

“Look, in 2001, I on the way to Japan was in North Korea and met with the father of the current leader. I then said they have atomic bomb, Yes. Moreover, they are using simple artillery can easily reach Seoul. This was when? In 2001! Now in 2017, the country is living in conditions of constant sanctions, and instead of atomic bombs they have now hydrogen,” – said Putin, speaking on Russian energy week.

The Russian head of state stressed that Western sanctions against the DPRK in any way the situation did not change. He also reminded that one day with Pyongyang almost managed to negotiate, and the DPRK had committed itself to end its nuclear program.

“No, I had just a week to block the accounts of North Korean banks, because someone thought that the commitment that North Korea took, too small, they can and should do more. So we had an agreement about exactly what was agreed, and nothing more. Why did you have to provoke them? They immediately withdrew from all agreements and finally began to develop its nuclear program. Now we have what we have,” Putin said.