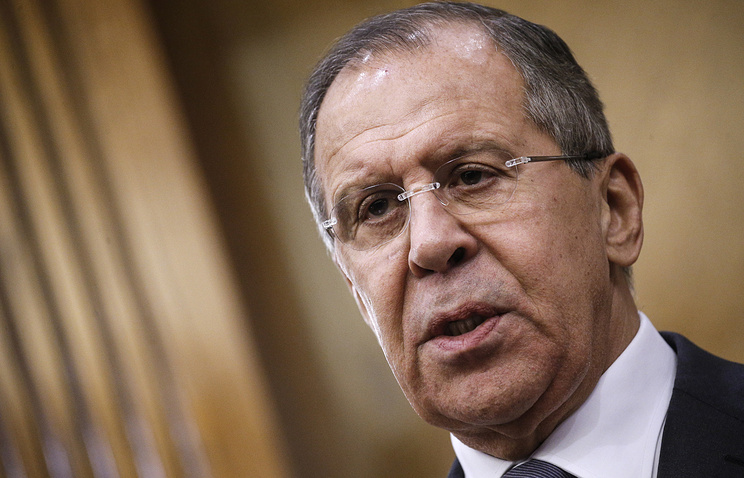 KRASNODAR, October 4. /TASS/. The Russian side does not see that the U.S.-led coalition is obsessed with the fight against the terrorist organization “dzhebhat an-Nusra” (banned in Russia). This was stated on Wednesday, Russian foreign Minister Sergei Lavrov on the sidelines of the SIXTEENTH meeting of heads of special services, security agencies and law enforcement.

“We have repeatedly drawn attention to the fact that the Western coalition, even before Syria began to work VKS RF, in General, passively acted against the ISIL (the former name of banned terrorist organization “Islamic state”, IG). And in regard to the “Dzhebhat EN-Nusra” – it almost did not touch,” – said the Minister.

“After the Russian space forces, at the request of the President of Syria (Bashar Assad) began to support the armed forces of the Syrian army in the fight against terror, the activity of the us-led coalition in regard to defeat ISIS, has increased significantly”, said Lavrov.

“But even until recently, after the new administration (USA) came, we cannot see that the coalition is obsessed with the “Dzhebhat EN-Nusra”, which is different now is called, but its essence has not changed,” he said.

The Russian foreign Minister also said that armed groups of the Syrian opposition, which had acceded to the agreement on de-escalation in Idlib, began to actively resist “dzhebhat an-Nusra”.

“The last negotiations, which took place in Ankara between the presidents [of Russia and Turkey] Putin and Erdogan, in General yielded results, – said Lavrov. – There is evidence that armed groups that have become part of the agreement on de-escalation in Idlib, began to more actively work against the “Dzhebhat EN-Nusra.” We will be helping them, as, naturally, will be to help the Syrian army”.