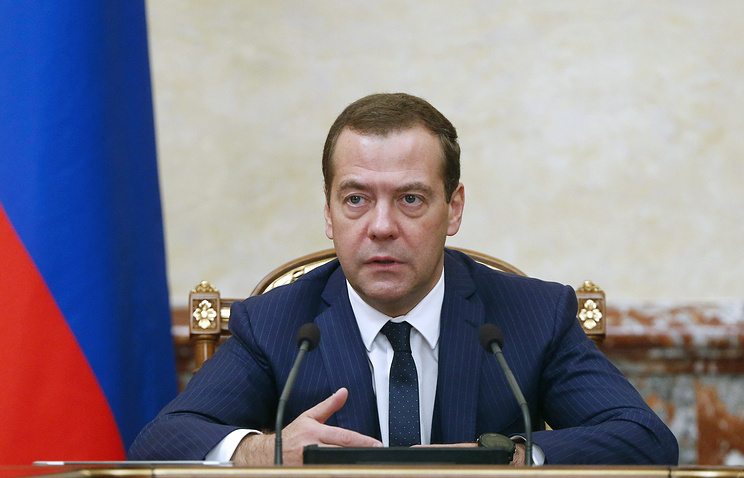 MOSCOW, October 6. /TASS/. Russia will promptly implement the agreements reached with Saudi Arabia in various fields. This was stated by Prime Minister Dmitry Medvedev at negotiations with the king of Saudi Arabia Salman bin Abdulaziz al Saud, who is in Russia on a state visit.

The Prime Minister pointed out that the monarch on Thursday held substantive talks with Russian President Vladimir Putin, during which they reached important agreement on cooperation between the two countries in various fields. “As Prime Minister I would like to say that I’ll give today all the necessary instructions to Ministers to ensure that all agreements that have been reached have been implemented as soon as possible”, – said Medvedev to the king of Saudi Arabia.

The head of the Russian Cabinet noted that he met with the monarch in January 2015 in Riyadh the day of his accession to the throne. He also stressed that in Russia are very happy first-ever visit of the Saudi king in our country. “Saudi Arabia is our important partner in the middle East, and yesterday showed that we can promote this cooperation at a very high level”, – said the head of the Russian government.

In the talks in the government House of the Russian Federation from the Russian side attended by Vice-premiers Arkady Dvorkovich and Dmitry Rogozin, head of the Ministry of communications, Ministry of energy and Ministry of economic development Nikolay Nikiforov, Alexander Novak and Maxim Oreshkin, Deputy foreign Minister – special representative of the President for the Middle East Mikhail Bogdanov, the Director of the Federal service for military-technical cooperation Dmitry Shugaev, the head of “Rosneft” Igor Sechin, the General Director of Roscosmos Igor Komarov, the head of Rosatom Alexey Likhachev, CEO of RDIF, Kirill Dmitriev, the head of Rosoboronexport Alexander Mikheev, etc.

In the composition of the Saudi delegation – the post of the state Minister Musaed bin Mohammed al-Aiban and Ibrahim al-Assaf, Minister of foreign Affairs Adel al – Jubeir, the Ministers of trade and investment, energy, culture, environment, and leaders of the Saudi development Fund, public investment Fund, etc.