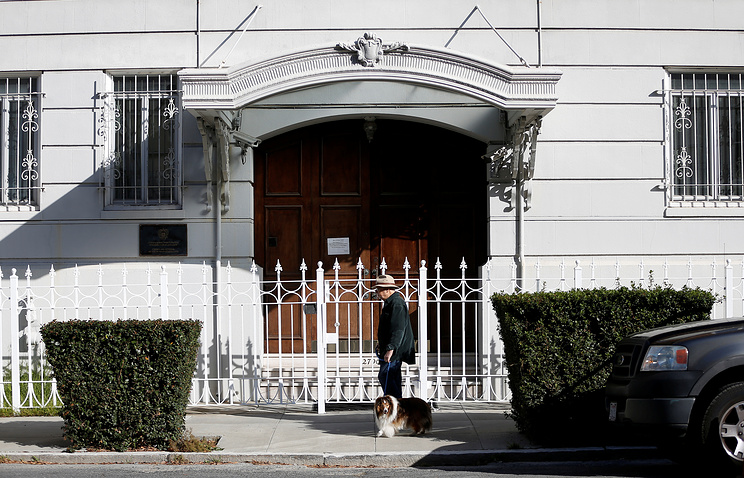 MOSCOW, October 12. /TASS/. The Duma Council on Thursday decided to postpone the visit of the delegation of deputies to the USA due to the fact that the diplomatic missions of the Russian Federation in San Francisco and Washington, removed the Russian flag. This was announced in the state Duma.

“The Duma Council today decided to postpone the visit of the delegation [the state Duma] in the United States due to the fact that our diplomatic missions were removed the Russian flag. The decision will [act] as long as from the American side are not followed by appropriate explanation and apology,” he told reporters in the state Duma.

In the apparatus explained that on Thursday the Council of the Duma considered the question of sending a delegation of MPs, members of the group for relations with the United States Congress in new York. The group includes MPs from the “United Russia” Vyacheslav Fetisov, Maxim Suraev and Inga Yumasheva.