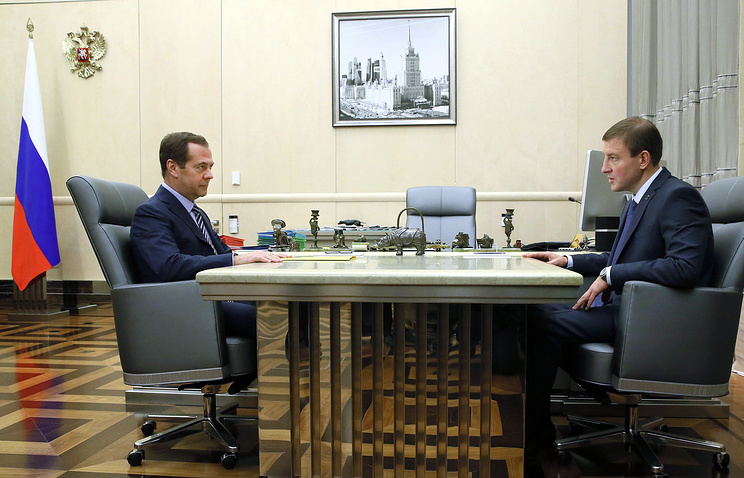 MOSCOW, October 12. /TASS/. Prime Minister Dmitry Medvedev, who heads the party “United Russia”, was appointed the ex-Governor of the Pskov region Andrei Turchak, the acting Secretary of the General Council of the party.

At the meeting with Turchak Medvedev said that appointed him acting Secretary of the General Council in accordance with the Charter. Subsequently, his candidacy will consider the Congress of the party.

The Prime Minister recalled that he had already discussed with Turchak last week of the possibility of his transfer to the post of Secretary of the General Council of the party. Now, as Medvedev said, it has become legally possible.

In turn Turchak thanked the Prime Minister for trust. He noted that the party enjoys great support of the population, which is necessary to preserve and enhance.

He also added that ahead of important political event – elections of the President of Russia. “A lot of work. I’m ready,” said Turchak.