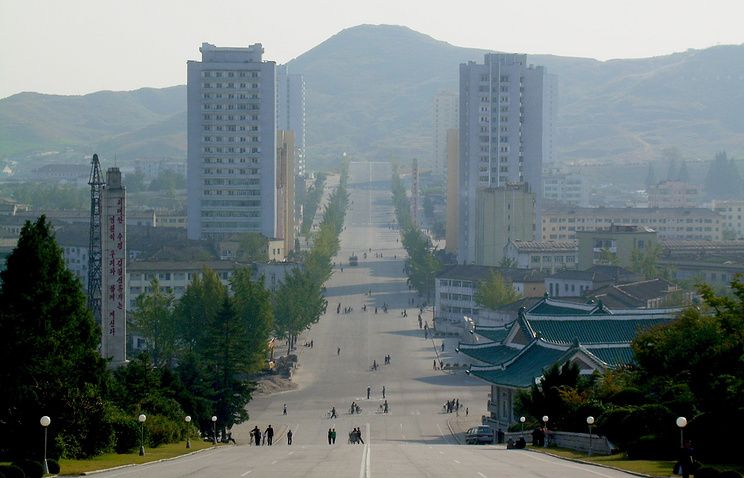 MOSCOW, October 12. /TASS/. Political Atlas of the world, where the Crimea marked as Russian territory, published in the DPRK. On Thursday reported on the website of the Russian Embassy in the DPRK in Facebook.

“Publishing house “Science encyclopedia” (DPRK) has released a new political Atlas of the world. Drew attention to the fact that the Peninsula of the Crimea (pp. 240-242) already painted in the Russian colors”, – stated in the message.

As explained by the Embassy in the DPRK foreign Ministry, “the Republic respects the results held in the Crimea referendum on joining the Peninsula to the Russian Federation, considers the results legitimate and in full conformity with international legal norms.”

“North Korea has officially stated its position on this issue when voting in the UN and believes that the Crimea is an integral part of the Russian Federation. Similarly, in Pyongyang’s attitude to the issue of belonging Kuril Islands (p. 233)”, – stated in the message of the Embassy.

As later told TASS Russian Ambassador in the DPRK Alexander Matsegora, in fact, the recognition of the Crimea part of Russia from North Korea “came back in 2014 after the vote on the UN resolution on the territorial integrity of Ukraine”. According to him, the satin in question, was published in 2015, but became aware of it recently.

The authorities of Crimea and Sevastopol March 16, 2014 held a referendum on reunification with Russia, and was attended by more than 80% of the eligible voting population. For reunification voted 96.7 and 95.6%, respectively. 18 March of the same year, Russian President Vladimir Putin signed a Treaty accepting the Republic of Crimea and Sevastopol into the Russian Federation, and on March 21 this document was ratified by the Federal Assembly. Despite the strong results of the referendum, Kiev refused to recognize Crimea part of Russia.

In March 2014 at the UN General Assembly voted on a resolution in support of the territorial integrity of Ukraine, with 100 votes for, 11 against, 58 abstained and 24 did not vote. Spoke against the resolution: Armenia, Belarus, Bolivia, Venezuela, Cuba, North Korea, Mauritania, Nicaragua, Russia, Syria, Sudan.