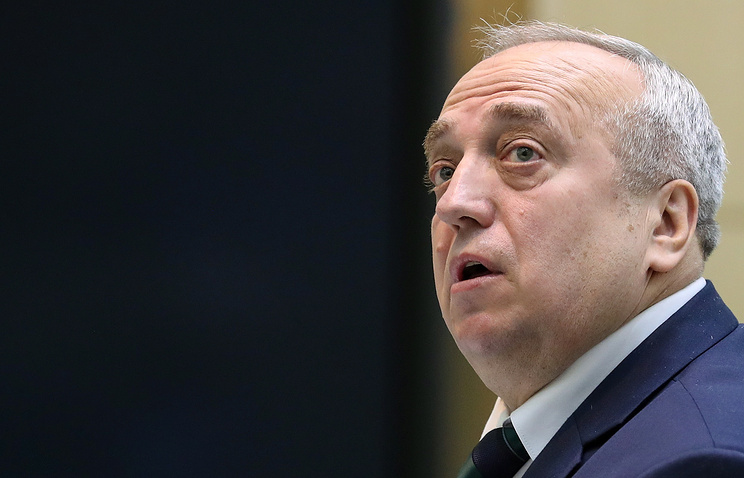 MOSCOW, October 13./TASS/. First Deputy Chairman of the Federation Council Committee on defense and security Frants Klintsevich believes that Turkey is their reception of ships from the ports of the Crimea, perhaps pushing Russia to the correction of relations between the two countries, which can affect joint actions in Syria. This opinion was expressed by the Senator on Friday, TASS reported.

“It is possible that the Turkish leadership after the apparent cooling of relations with the United States decided to swing the other way, trying to demonstrate thereby its special role in the modern world. No one doubts the ability of Turkey to pursue a policy that meets its interests. At the same time, artificial protrusion of their ambitions may become an obstacle to joint actions of Russia and Turkey in Syria. But it is much worse if Turkey with its latest steps deliberately pushing us to the correction of relations between the two countries,” – said Klintsevich.

He stressed that Russia would closely monitor the situation and called the decision unfriendly. “I don’t want to be too categorical in assessments, but the decision of the Ministry of transport, shipping and communications of Turkey is alarming. To put it mildly, cannot be called friendly. Moreover, it is clearly not without pointing finger of the Supreme power of Turkey,” – said the Senator.

Earlier it was reported that Ankara has imposed a ban on the admission of ships from the ports of the Crimea. The ban applies to ships under any flag.