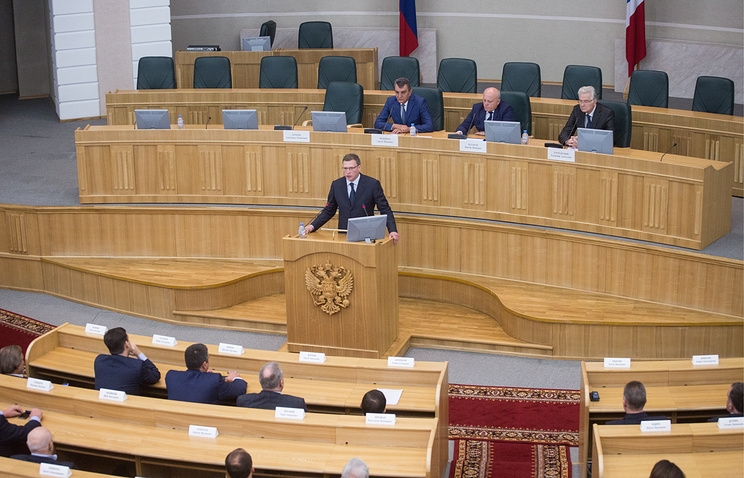 MOSCOW, October 13. /TASS/. The state Duma meeting on Friday adopted a decree on the early resignation of Deputy powers of Alexander Burkov (“Fair Russia”), appointed on Monday, the interim Governor of the Omsk region.

Russian President Vladimir Putin on 9 October accepted the resignation of the Governor of Omsk region Viktor Nazarov, acting head of the region before the elections appointed Burkov. As previously reported, the election of governors in regions where there was resignation and appointed as acting heads of subjects, will be held in a Single voting day in September 2018.

Burkov 50 years, he was elected state Duma Deputy from the Sverdlovsk region for the third time in 2016, held in the Duma fraction “Fair Russia” the post of first Deputy head. In the party he is Secretary of the Presidium of the Central Council for the organization and conduct of election campaigns.