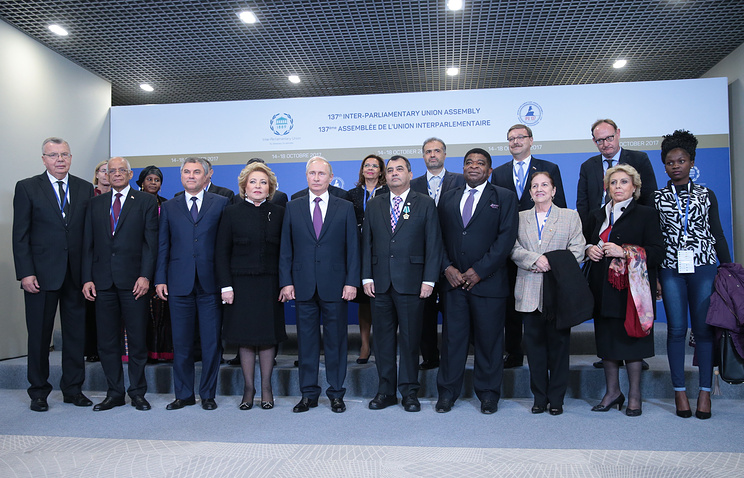 Russian President Vladimir Putin participates in the opening of the 137th Assembly of the inter-Parliamentary Union (IPU), which starts in Saint-Petersburg. The head of state speaks to the participants of the meeting and listens to the speeches of the leadership of the Assembly and the speaker of the Federation Council Valentina Matvienko and speaker of the state Duma Vyacheslav Volodin.

The IPU Assembly will be held from 14 to 18 October. As reported in the organizing Committee for the event, it promises to be the largest in the history of the inter-Parliamentary Union. Confirmed about 100 of the chairmen of foreign parliaments, including from Turkey, Korea, Germany, Serbia and delegations from more than 160 countries, representing five continents. The total number of registered participants exceeded 2,300 people.