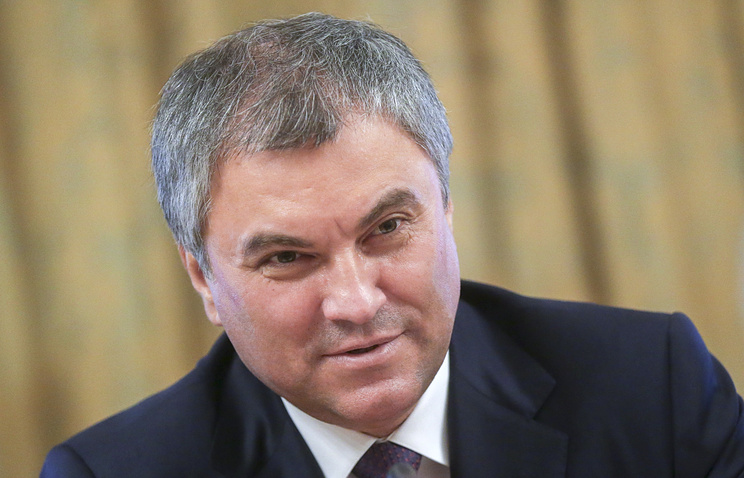 SAINT-PETERSBURG, October 14. /TASS/. Most of the parliaments of the member countries of the Council of Europe considered that the right of national delegations to the parliamentary Assembly of the Council of Europe (PACE) can not be infringed, but only time will tell how this position will be directly reflected in the PACE. This was stated on Saturday by the Chairman of the state Duma Vyacheslav Volodin.

“Today we see only one thing – that all national parliaments are, for the most part – sure, maybe with the exception of Ukraine and some Baltic countries share the position that the rights of national delegations [to the PACE] must not be infringed. But as it has then to be translated by national parliaments through their representatives in the Parliamentary Assembly, let’s wait, time will tell,” he said.

“We stated his position, it was expressed, it has never been discussed, – said the speaker of the state Duma. – We saw that the PACE had taken her to the discussion and showed interest to return to PACE the discussion, and based on the basic principles of democracy to change the rules of the regulation [to eliminate the possibility of restriction of the rights of national delegations]”. “When this is done, then we can talk about something”, – said Volodin.

At the end of June it became known that Russia suspends the payment of its contribution to the Council of Europe in connection with the participation of the Russian delegation in the PACE. At the same time Moscow is proposing to amend the regulations of the Assembly position that no one has the right to deprive of office of members other than their constituents.

The Russian delegation in PACE in April 2014 was deprived of powers due to the events in Ukraine and the reunification of the Crimea with Russia. In 2015, the PACE has twice considered the question of the restoration of the Russian delegation of its rights, but the sanctions remained in force: Russia deprived of voting rights and participation in the governing bodies of the Assembly and its observation missions for elections in the space of the COE. In response, Russia said it would suspend its involvement in PACE activity until the end of 2015. In January 2016, the Russian delegation refused to apply for authorization for that year.