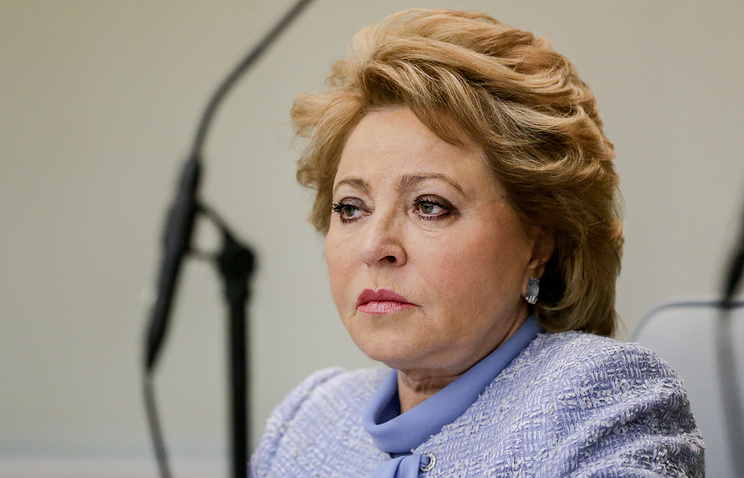 MOSCOW, October 15. /TASS/. The speaker of Council of Federation Valentina Matvienko considers that the outburst of Russophobia in the U.S. and other countries will take place. This opinion was expressed on Sunday in interview to the program “week” on NTV.

“I’m sure it’ll pass. I’m sure of it. I’m sure this madness will end sooner or later. It is not in the interests of the American people,” she said.

The speaker of the Federation Council stressed that the good relations between the USA and Russia is “the question of global stability and security.” “Russophobia [arose] in the US it is understandable why we have become a bargaining chip, when America was split, when [any] opposition to the newly elected President,” she added.

According to Matvienko, Russia must “calmly negotiate and to enter the dialogue.” “This is the case when water wears away the stone. Are we going to do, we know his innocence. And the truth of our knows the vast majority of countries in the world. Another thing – out loud is not all they say it is also understandable why” – she concluded.

The speaker of the Federation Council is confident that interest in Russia is growing. “Russia is now a surge of interest and desire to hear firsthand the answers to these or other challenges. Such interest to the President of Russia, which is actually today one of the world leaders, that too many upsets and envy”.