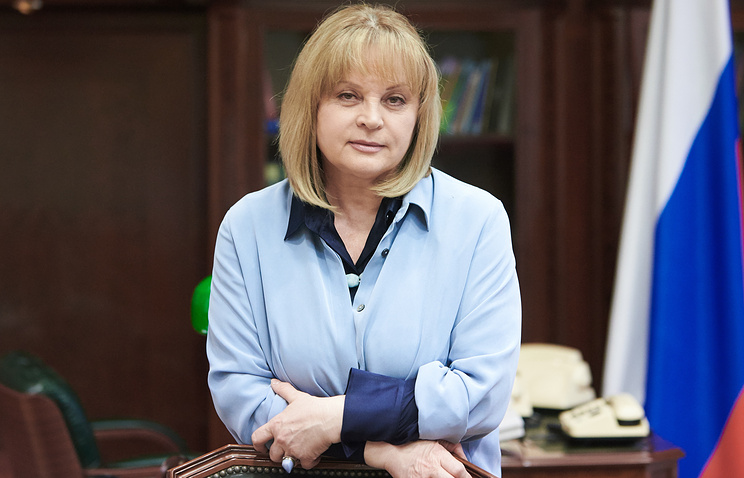 SOCHI, October 17. /TASS/. The head of the CEC of the Russian Federation Ella Pamfilova has declared that Alexey Navalny will be able to participate in the elections after 2028.

“Mr. Navalny, he is young, promising politician, he has all the chances…that will take this ten-year period, somewhere in 2028 plus five months he can run,” she said.

According to Pamfilova, after the expiration of this term he can nominate his candidacy in the elections. “Don’t let pressure from the street proves, and his ideas that he is worthy of a post of the President”, – said the CEC Chairman.

However, she noted that the Navalny supporters are spreading false information that he has the right to nominate his candidacy in the elections at the present time.

Previously, Pamfilova explained that Navalny, who has announced his intention to run for President of Russia, cannot be registered as a candidate because of a conviction.

Alexei Navalny was convicted under part 4 of article 160 of the criminal code (“Misappropriation and embezzlement”) in the case of “Kirovles” which provides till 10 years of imprisonment. This crime belongs to the category of serious. According to the law “On basic guarantees of electoral rights,” a citizen may not participate in the elections if he was sentenced to deprivation of freedom for Commission of grave and (or) particularly grave crimes and has on the day of voting not removed and outstanding previous conviction for these crimes.

Navalny has previously stated that he sees no legal obstacles to its participation in the presidential elections in March 2018, as in the Russian Constitution says clearly that to participate in the election is the one who contains in prison, and he was sentenced conditionally. He spoke of the intention to appeal to the constitutional court of the Russian Federation provision of the law prohibiting him to run for President of the Russian Federation with an outstanding conditional term for serious article.