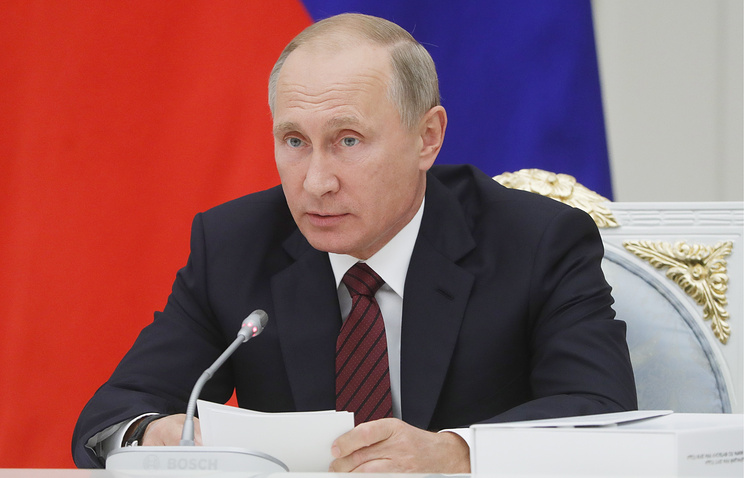 MOSCOW, October 16. /TASS/. The President of Russia Vladimir Putin has signed a decree pursuant to UN security Council resolution on sanctions against the DPRK. The document is published on the official Internet portal of legal information.

It is noted that we are talking about the resolution of 30 November 2016, which was adopted in response to the DPRK missile and nuclear tests. The decree, the amount of which, together with the application of almost 40 pages, said some of the measures introduced in 2007 in connection with the resolution of the UN security Council of 14 October 2006. In particular, it contains a list of 11 citizens of the DPRK nuclear-related program, subject to limitations. The decree also supplied a similar list of 10 legal entities.

Approved the list of materials, technologies and products, the delivery of which to the DPRK is prohibited. Restrictions touched and some luxuries, including rugs and tapestries worth more than $500, as well as tableware of porcelain or bone China worth more than $100.