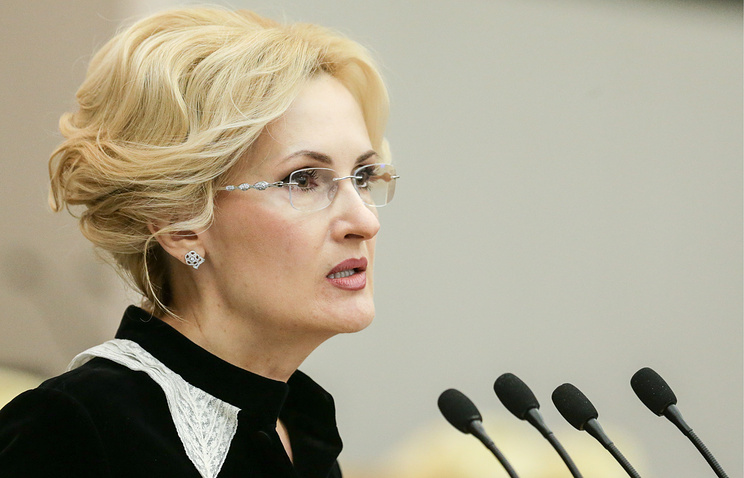 MOSCOW, October 16. /TASS/. Vice-speaker of the state Duma Irina Yarovaya (“United Russia”) has submitted on Monday the bills that establish criminal liability for the fictitious registration of migrants at the place of stay in non-residential premises. This was reported by the press service of the MP.

As noted in the release, the bills introduced criminal liability for fictitious registration at the place of stay in non-residential premises, including the location of the organization.

“The measures we propose are aimed primarily at protecting the interests and security of Russian citizens. To close the loophole for false registration is a means to prevent the risk of stay on the territory of Russia of persons for implementation, including extremist and terrorist activities,” said Spring, which quoted the press service.

In addition, the purpose of the planned changes in the legislation preventing the creation of fictitious “office of the cities of illegal migrants,” he added.

Spring explained that the bills eliminate the gap in the legislation and impose liability for fictitious registration of legal entities, by analogy with liability for fictitious registration from individuals. “in addition, establishing responsibility for the content of “rubber” offices, we give a tool to law enforcement to suppress socially dangerous acts and protecting the interests of Russian citizens. Automatically is requires law enforcement officers to the proper control and, therefore, leads to the responsibility of law enforcement in case of its improper implementation”, – said the author of the bill.

Yarovaya said that the package of amendments was developed following a meeting in April of this year, the meeting of the members of the legislative Council with Russian President Vladimir Putin. Bills received positive feedback from the government of the Russian Federation and the Supreme court, and was supported by the faction “United Russia”.