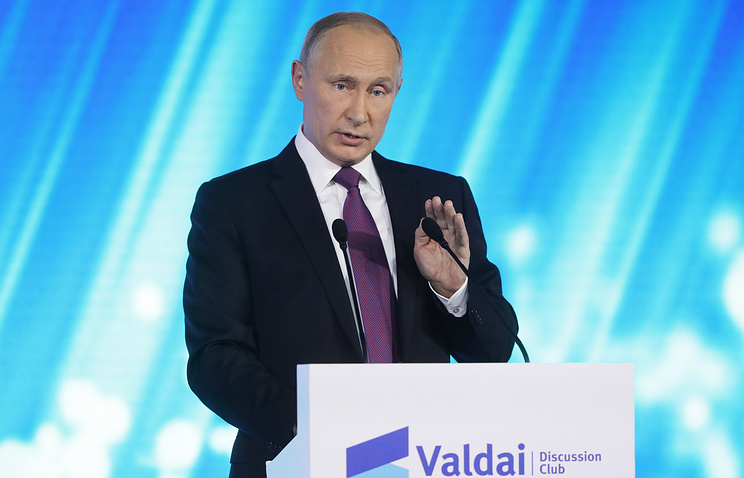 SOCHI, October 19. /TASS/. Russia will strive for universal nuclear disarmament, but is also ready to develop new types of nuclear weapons. This was stated by Russian President Vladimir Putin at the meeting of the international discussion club “Valdai”.

“On the question whether nuclear disarmament, or not, I will say: Yes, this is possible. If Russia wants global nuclear disarmament or not? The answer is affirmative: Yes, he wants and will strive towards this”, – said the Russian leader.

However, he noticed that modern high-tech nuclear-weapon States are developing other types of weapons that are only slightly less nuclear in its destructive power, but much more accurate. “After all, the atomic bomb or a missile is fire. Powerful charge, which affects a huge area and the force of the explosion, and the power of radiation”, – said the President of the Russian Federation.

He drew attention to what other countries say about their readiness to nuclear disarmament in so far as they are advanced in the development and putting into service of new systems. “I want to say that we are ready, carefully watching what is happening in the world [and] as our country will emerge a new system of weapons, even in conventional performance,” – said Putin.