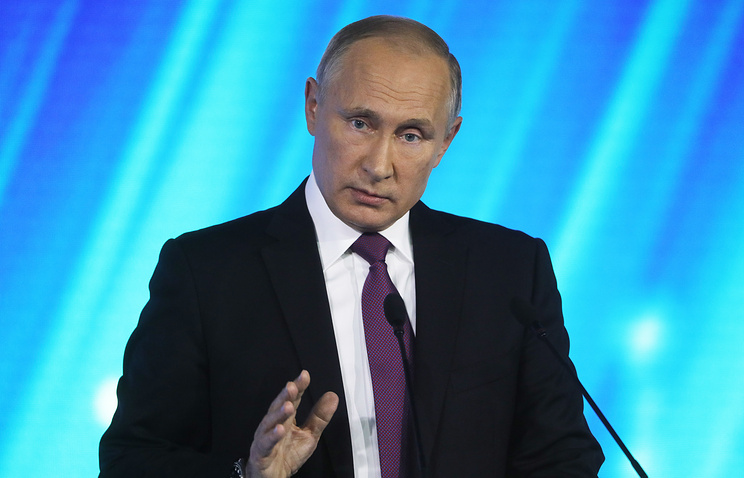 SOCHI, October 19. /TASS/. The President of Russia Vladimir Putin stated that Russia showed unprecedented openness in the nuclear sphere, not having met the reciprocity from the United States.

Speaking at the meeting of the International discussion club “Valdai”, the President recalled how to perform the Russian-American agreements in the nuclear field. “In the 1990-ies was signed several important bilateral agreements. The first, on 17 June 1992 and the second on 18 February 1993, the program of the HEU is highly enriched uranium were transferred to low-enriched uranium. Projects under the first agreement concerned the modernization of the systems of control, accounting and physical protection of nuclear materials, dismantling and disposing of submarines and radioisotope thermoelectric generators”, – said Putin.

He said that “in the framework of the Russian obligations the Americans made everybody, this is not secret information, but just few people know about it – 620 verification visits, and, in the Holy of holies of the Russian nuclear weapons complex, enterprises engaged in the development of nuclear charges and ammunition, the production of plutonium and weapons-grade uranium”. “The United States had access to all top secret objects of the Russian Federation, the agreement was effectively a unilateral nature,” the President said.

According to him, “in the second agreement the Americans made 170 visits now to our processing plants, and in the closed zones in the nodes of the blending and storage of materials.” “The most powerful in the world nuclear processing plant Ural electrochemical plant was even equipped with a permanent American observation post, directly in the shops of the plant has created permanent jobs, where American experts went every day to work, and in their premises, as is usual in this case, for the top secret Russian objects stood the American flag,” – gave the example of the head of state.

He noted that “in addition, a list was drawn up of one hundred American specialists from 10 different organizations in the United States, which received the right to conduct additional inspections at any time and without warning”. “It was all in the course of 10 years”, – noted Putin. “Every step of the Russian side is carefully controlled by American experts, then, as the United States itself was limited to much more modest reductions to its nuclear Arsenal and strictly in the manner of goodwill. Our experts have visited the enterprises of nuclear weapons complex of the U.S., too, but by invitation only and on the conditions defined in the American side,” – said Putin. According to him, “from the Russian side was absolutely demonstrated an unprecedented openness and trust”.