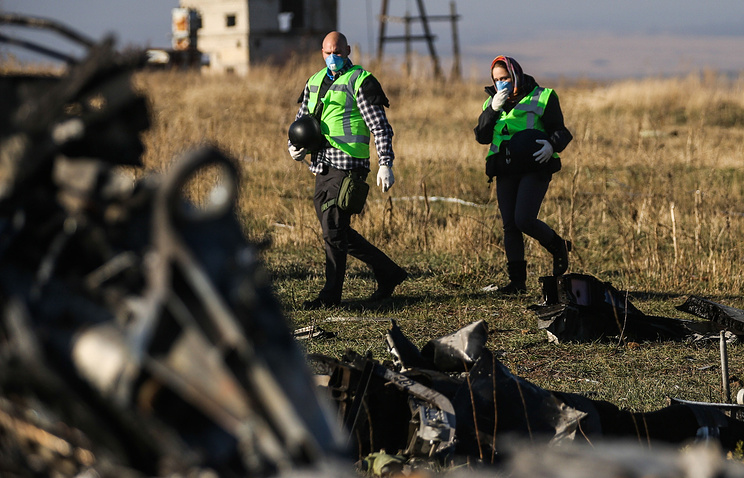 MOSCOW, 19 Oct. /TASS/. Moscow regards as highly unjust accusations of the Netherlands in the lack of assistance in the investigation of the disaster Malaysian Boeing in Eastern Ukraine on 17 July 2014. This was stated on Thursday by the official representative of Russian foreign Ministry Maria Zakharova, commenting on the Dutch Prosecutor Fred Westerbeke in an interview with “Novaya Gazeta”.

“Once again confirms what we saw initially in the investigation of the MH17 disaster – but now it is announced officially on behalf of the attorney-General of the Netherlands, – said Zakharov. – I’m talking about the obvious bias against Russia and a very selective approach of the Netherlands to the formation of the evidence base that can not be called objective”.

According to her, cooperation with Russia as a whole gives a very mixed assessment. “From the lips of Mr. Westerbeke sounds, the term “difficult”, voiced doubt about Russia’s desire “to cooperate really”, – said in comments to the official representative the Ministry of foreign Affairs of the Russian Federation.

“Such statements in the highest degree unfair, given how impressive the amount of data Russia provided the investigation from the very first day – said Maria Zakharova. – Not to mention the fact that the Netherlands are among those who have refused Russian side in the desire to become a full member of the Joint investigation team.”

Moscow outraged at this, that “for Ukraine, the result shows its special – favorable – attitude”. “Kiev forgive the failure to provide important data such as negotiations military ATC, the location of Ukrainian Buks. Excuses excuses Ukrainian authorities about the alleged-functioning of the radar towers and more,” she stated.

“We would like to once again emphasize that Ukraine is an interested party and giving it the right to be an official member of the SSG, it actually gave me a chance to influence the outcome of the investigation,” – said Maria Zakharova.

Russia for its part “has always stood for thorough and impartial investigation into this terrible tragedy and will remain open to help with the investigation”. “We believe it is important to appeal once again to our Dutch colleagues to compulsorily take the Russian data in the calculation, including in the formation of the final conclusions of SSG,” – said the official representative of the foreign Ministry.

A passenger aircraft Boeing-777 of Malaysia Airlines, carrying out flight MH17 from Amsterdam to Kuala Lumpur that crashed on 17 July 2014 in the Eastern Donetsk region. Killed 283 passengers and 15 crew members – citizens of 10 countries. As the causes of the disaster put forward the version about hit by a missile “earth-air” or “air-air”.

The Ukrainian authorities and representatives of the militia proclaimed the people’s Republic of Donetsk blamed one another. The UN Security Council demanded a full and independent investigation. Representatives of the Russian Federation repeatedly expressed dissatisfaction with the way this investigation is carried out, and also said that the Russian side presented data are ignored.

Russian concern “Almaz-Antey” still in 2015, has introduced field experiments confirmed the findings of its own investigation of the disaster. In particular, the experts confirmed that the Boeing was fired from Buk missile system, but not specified by the security Council of the Netherlands (SBN) square, and near the village of zaroshchens’ke, which is the day of the crash was controlled by the Ukrainian military.